Khabib Calls Out Floyd Mayweather: ‘There’s Only One King In The Jungle’ 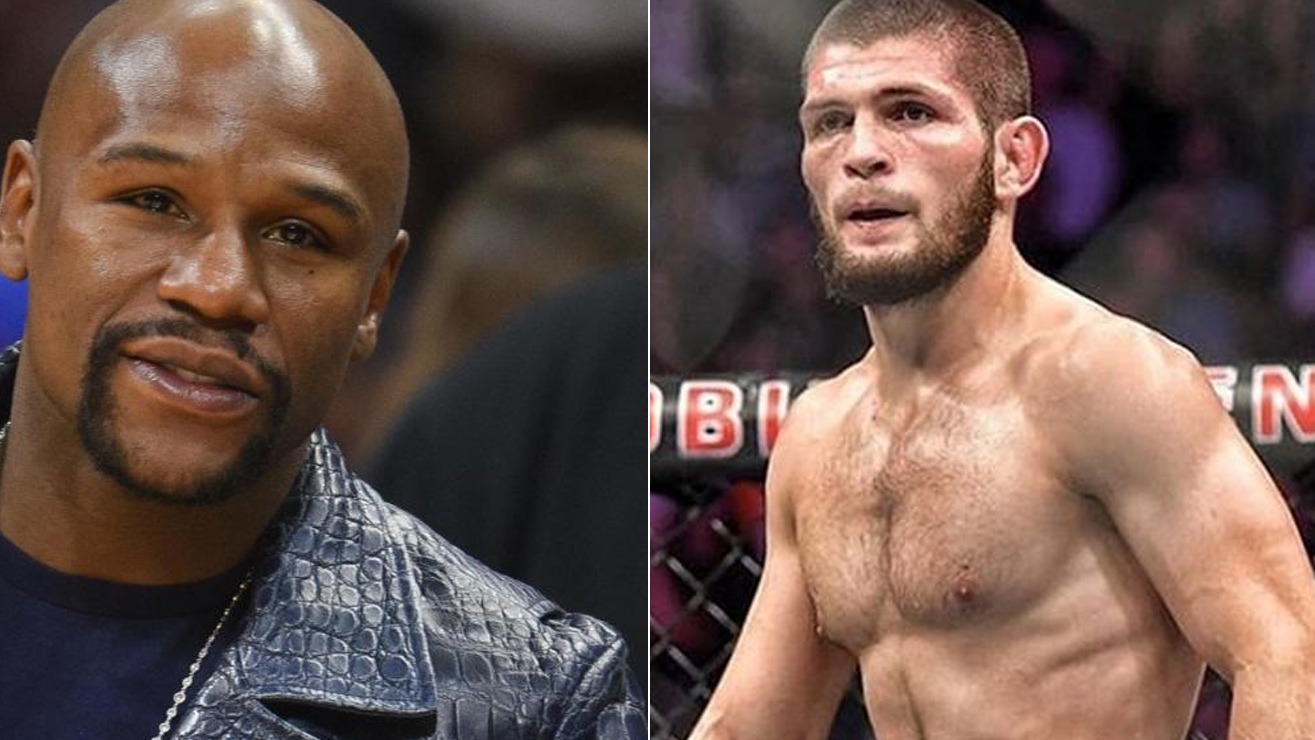 Khabib Nurgamoedov Continue To Exploring Potential Opponents Outside The UFC

Undefeated Khabib Nurmagomedov continues to making headlines since defeating Conor Mcgregor at UFC 229 last weekend and bizarre event that ensued afterward which incite riots inside and outside the Octagon.

Due to of that embarrassing incident, the Nevada State Athletic Commission is withholding Khabib’s fight purse of $ 2 million as a punishment, pending further investigation.

UFC head honcho Dana White also expressed his disgust on post-fight brawl and said those fighters who were involved in melee would no longer be part of UFC. In response to that ‘Eagle’ threatens to leave the UFC, if they fired his teammate Zubaira Tukhugov.

That was followed up by another weird exchange that surfaced on Friday where Bellator MMA’s brand ambassador 50 cents offered Khabib $2 million to fight in the Bellator cage.

“Of course I’m the king, because he can not drop McGregor, but I drop him easily, that’s why let’s go.”

Khabib Nurmagomedov becomes the first fighter to drop the former two-division champion Conor Mcgregor at UFC 229 in their lightweight title bout and submitted him in the fourth round. While Mayweather who was never able to take Mcgregor down in their 2017 10 round mega boxing spectacle.

Khabib who is enjoying all the fame now a day after winning a high profile fight against Irishman.

Before Khabib or Mayweather throw hands either in Octagon or anywhere else, ‘Eagle’ has to get through his punishment which is coming from NSAC by October 24.

Who wants to see Khabib throwdown with Mayweather?