Josh Barnett has a four-letter message for Fabricio Werdum

If Josh Barnett vs. Fabricio Werdum goes down, it should mark Strikeforce’s first venture into a PPV card. I’ve already given up on seeing Alistair Overeem vs. Fedor Emelianenko. I’m not sure which planets have to be aligned for this imaginary card to take place, but in the meantime, Barnett vs. Werdum will satisfy my needs of seeing two adults trying to inflict excruciating pain on each other. Catch wrestling vs. Brazilian jiu-jitsu. Styles make fights. Cliches make overused idioms.

At the EA Sports MMA launch party, Josh Barnett had a four-letter message he needed to relay to Fabricio Werdum and he chose MiddleEasy.com to be his vehicle of verbal slingage. Slingage is mine. I made it up. It’s a way to denote that a person has insulted someone by ‘slinging’ words at them. You can try it out today in your daily conversation. An example would be ‘Dude, you caught some major slingage’. Reinventing the English dialect, one ridiculous word at a time.

Josh Barnett has a four-letter message for Fabricio Werdum 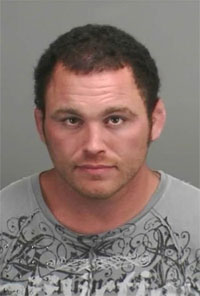