Jon Jones is bored as fuck. We recently read an article over at FiveThirtyEight about how the over the span of just a few seasons, the NBA has evolved past the need for seven foot two rim protectors like Roy Hibbert.

You know who hasn’t evolved from being the biggest asshole in MMA? Bones Jones.

Thanks to the power of The Internet, the paths of a jobless Roy Hibbert and a suspended Bones intersected. A two-time NBA All-Star and still only 31-years-old, Roy should have a job in the league. Jones is physically the greatest fighter MMA has ever seen but is also the greatest fuck up the sport has ever seen.

These two men should hangout, workout and do whatever together. Except for some unknown reason, Jones snapped the hell out of Roy’s olive branch of friendship. 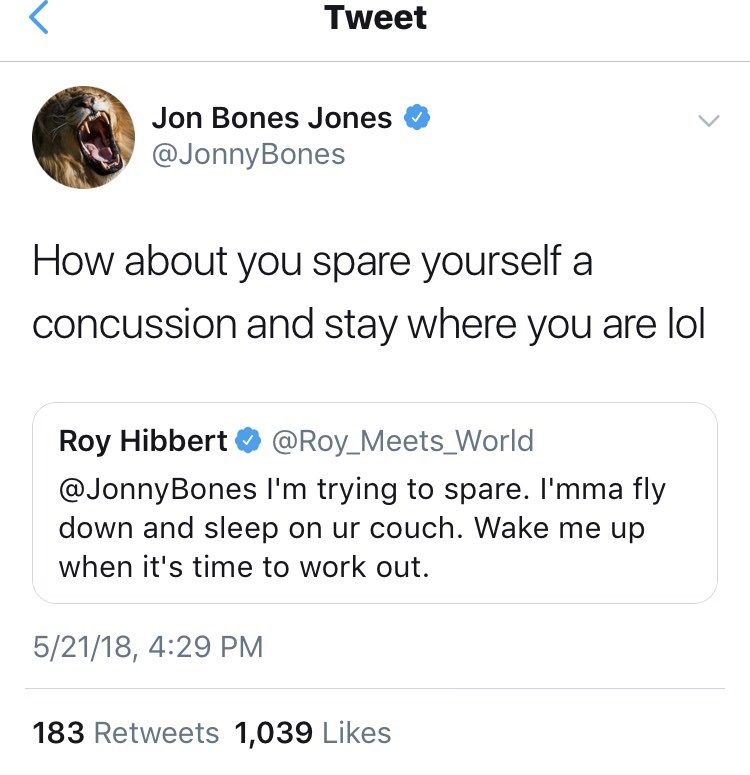 Why dude? Why did you have to do poor Roy like that?

Then Hibbert just took his verbal smashing and said thank you for it? 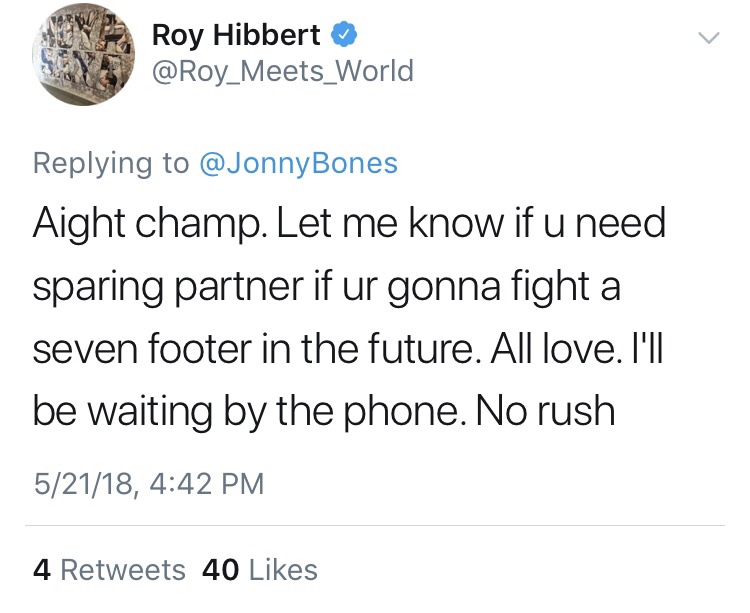 Jon Jones is getting bored and crushing the dreams of former NBA All-Stars all across social media. Please get this man back in the cage ASAP, so he can go back to using that extra energy in life for the purpose of our violent delights.

Watch: Rampage Jackson is really irritated with questions about a fight with 50 Cent
← Read Last Post