Jon Jones, a former UFC light heavyweight champion has a hearing date with the California State Athletic Commission for Feb. 27 in Anaheim, per the agenda posted to the CSAC website Wednesday.

Jones began his second run as the 205-pound champion in July when he scored a third-round TKO win over Daniel Cormier at UFC 214. The title reign was brief as Jon Jones was stripped of his title and the bout result was ruled a no contest when an in-competition drug test related to that fight came back positive for the steroid Turinabol.

Jon Jones will soon go before the California State Athletic Commission to find out what sanctions he will face as a result of the failed drug test. This news first reported by Marc Raimondi of MMA Fighting. 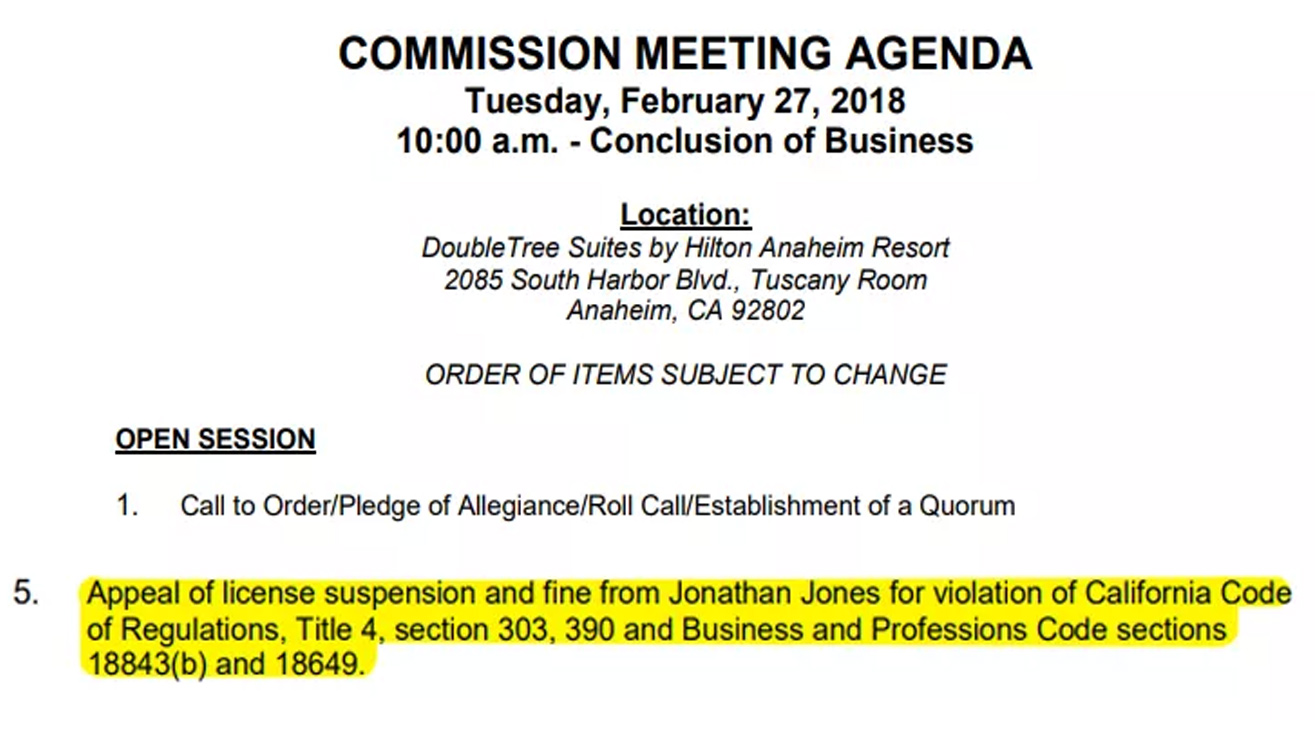 Jones could face a suspension or fines from the commission. He received a one-year suspension following negotiation with USADA for his UFC 200 failure after USADA didn’t necessarily buy his sexual-enhancement pill defense. Jones and his camp have denied the fighter knowingly took Turinabol. Jon Jones’ longtime manager Malki Kawa believes there is a 95-percent shot that Jones fights in 2018.

In an effort to prove his innocence that he didn’t knowingly take Turinabol, Jones reportedly took and passed a polygraph test. He also received support from UFC Vice President of Athlete Health and Performance Jeff Novitzky recently admitted that the fighter’s failure didn’t indicate intentional use.

Once the CSAC case is settled, Jones will have his arbitration hearing with the USADA. USADA can hand down sanctions independent of any applied by the CSAC. A date has not yet been established for Jones’ USADA arbitration case.

What are your predictions, Jon Jones will receive hefty sanctions or will come out clean? Does he deserve another chance to fight in the Octagon?