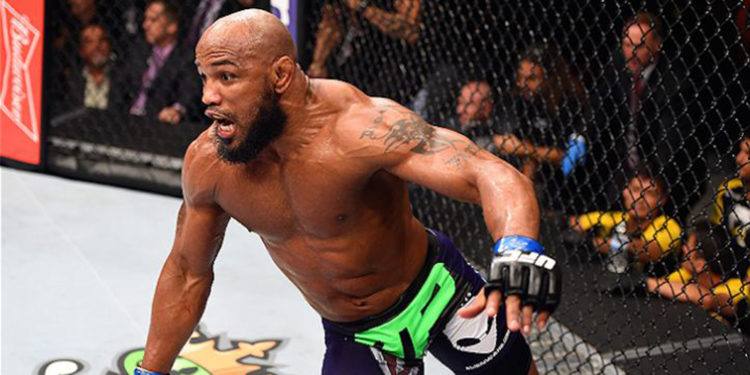 Jon Bones Jones confessed he can’t bust a grape because he is born with long and skinny limbs. But there is one positive thing – what would happen if his fighting style is applied on a muscular and strong puncher like Yoel Romero?

It could produce a stunning knockout in the title fight, and it happened in UFC 221. Unfortunately, Romero missed weight, which made him ineligible for the champion. Looks like Robert Whittaker is in deep trouble! (quoted by MMAmania.com)

“People talk about my ‘gas’ but it wasn’t easy to fight Luke Rockhold,” middleweight title contender Yoel Romero told Joe Rogan (via MMA Fighting). “I went to Albuquerque with Jon Jones and I learned something. They controlled my attacks, so I learned when to attack. If you go, go, go, you will get tired. So I had to learn to pace myself. I don’t have a problem with five rounds now.”

Yoel Romero will have a chance to revenge to Robert Whittaker at UFC 225. Looks like “Soldier Of God” doesn’t have a problem with five rounds now. But there is one good question – will we see the fifth round? Maybe Romero will change his game plan as soon as the fight starts.

Yoel Romero Reportedly Out of Fight Against Uriah Hall

Mike Brown Believes Yoel Romero is the Greatest Athlete He’s Ever Seen, Will Get Back to Title