It’s official, Gilbert Yvel vs. Pat Barry is going down at UFC 115 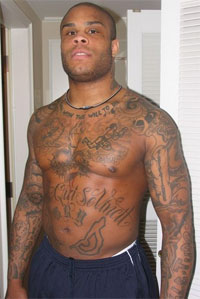 Unless you regularly listen to Pat Barry co-hosting MMA Scraps Radio every Sunday (like you should), the last you probably heard from him was when he told us about cashing his $120,000 check. In any case, Pat Barry has been looking for a fight since UFC 104 and coming off a big knockout win over Antoni Hardonk has earned him a step up in competition with a dangerous pseudo-humanoid known as Gilbert Yvel. If you didn’t order UFC 108 because it was cursed (or because you lost the money betting on Efrain Escudero and Tom Lawlor), Yvel unfortunately suffered a KO loss to Junior Dos Santos in his highly anticipated octagon debut. After the loss, MMA reporters across America had to immediately delete their ‘Yvel smokes Cigano’ headline.

Yesterday, The Las Vegas Sun reported that Gilbert Yvel vs. Pat Barry was slated for UFC 115 and today it looks like this bangemite fest has been confirmed through a potpourri of sources.

Between the Winter Olympics in a few days, UFC 113 in Montreal’s Bell Center and now Vancouver hosting UFC 115 on June 12th…Canada seems to be getting their fair share of sporting-goodness this year. Now if only those Canadians can learn to clap appropriately so they don’t make total fools of themselves as these events are probably going to be televised globally. [Source]

0% of the population believes Zaromskis will win this weekend
← Read Last Post
Wes Sims says he's not good at writing or reading...but he will order hookers to Lashley's hotel room
Read Next Post →
Click here to cancel reply.