It’s MMA, only with 3,000,000 volts of electricity attached to your gloves

Before getting into this, we feel obligated to include some sort of disclaimer right up front. Throughout the years, we’ve seen some pretty wild stuff, but what you’re about to see entirely obliterates our faith in humanity. That being said, this will probably be the most horrific thing you’ll see today, unless you end up renting The Mummy from Blockbuster.

You start with a 2 fighters in a ring, and that’s where the similarities between Shockfights and any other combat sports end. There are no judges, skill levels, weight classes, or rules; it’s just you, an opponent, and 3,000,000 volt tasers strapped to each hand. That’s not a typo. I proofread it. The only way to win is via submission or “shock out”. According to the Shockfights Website, this new pastime combines the evolution of technology and MMA into a sport “too dangerous for those “ultimate” fighters…”

Although it’s currently banned in all 50 states and all throughout the entire civilized World, Michael Alexander (Shockfights Founder/President) has this to say:

“Well, we felt it was a natural progression. Boxing begat wrestling, wrestling begat the MMA, and the next step in extreme fighting would be to put true warriors in a ring, against each other with three million volts of electricity charging out. Winner takes all.”

When asked who can compete in shock fights, he said:

“Anybody who has the balls, and a d**k big enough can step inside and do this. Let me tell you, If any of you out there right now want to come in and join Shockfights, we’re willing to have you. Just leave your fear at home and leave any notions of safety behind. But if you want to join Shockfights, we want you. Black, White, Hispanic, or Chinese, Asian, it doesn’t matter. Bring it on! Contact me. Join Shockfights.com right now, and find out what it’s all about.”

You can listen to the rest of his interview here.

Check out one of their highlight videos from their first DVD:

We’d normally just go ahead and file an article like this somewhere in our “WTF” section where it could hang out with Paulo Filho’s wardrobe, WAR Machine’s tweets, and James Toney’s interviews, but Shockfights forced us to create a sub-folder titled “Too Raw for WTF” just to keep us from confusing it with the remainder of everyday “WTF” stuff. Seriously though, please don’t rent The Mummy. 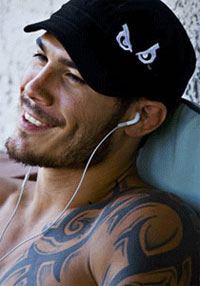 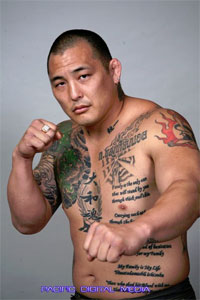 Enson Inoue is a free man and will return to MMA this April
Read Next Post →
Click here to cancel reply.