Hairism is real, and has probably been around since the first genetically mutated primate came out sporting blonde body hair.  Canadian anthropologist Peter Frost suggested that bright hair colors “stimulated sexual attraction in the brain” of reproduction-obsessed males near the end of the Ice Age.  He explained that the mutation was an early rarity.  And so, blondes initially benefitted from a “novelty effect.” Today, natural blondes represent 16% of the population, but 65% of people surveyed by Clairol felt it was the “more glamorous” of the potential line of colors.   Now, more than 50% of women color their hair.  Of course, many of them choose blonde.

That is important to remember if you work in a marketing department.

Paige Vanzant is a relatively inexperienced blonde fighter who landed a sponsorship deal with Reebok last month.  That upset UFC champ Carla Esparza, who is not blonde.    She explained to MMAFighting.com, “I’m never gonna hate on someone. I’m not gonna hate on Paige for taking an opportunity that was given to her. But as far as the decision that Reebok made for that, I understand wanting to deal with someone who is very marketable. But I think it has to go hand in hand with someone’s skill level and experience, what they do in the sport.”  Of course, she was hating a bit on Paige just then.

She continued, “The only two [female] fighters to sign [with Reebok] have been blonde, so I’m thinking about throwing a blonde wig on.”

Yes, that must be why they chose Paige.  It was the color of her hair, and not the fact that she used to make a living as an actual model.

Back when all this started in February, “Rowdy” Bec Rawlings agreed.

And so, this frustration has been brewing for a while amongst women who haven’t been embraced by the sneaker superpower.  But Bec’s participation is especially confusing, given she is often blonde, and the wig in her photo seemed a bit redundant.  Perhaps she was implying that Reebok is not just hair colorist, but also hair lengthist.   Or she is just pointing out the obvious: that neither fighter looks quite like Paige Vanzant.  And that is unfortunately a cruel trick of the universe that cannot be corrected in the hair dying aisle of a grocery store. 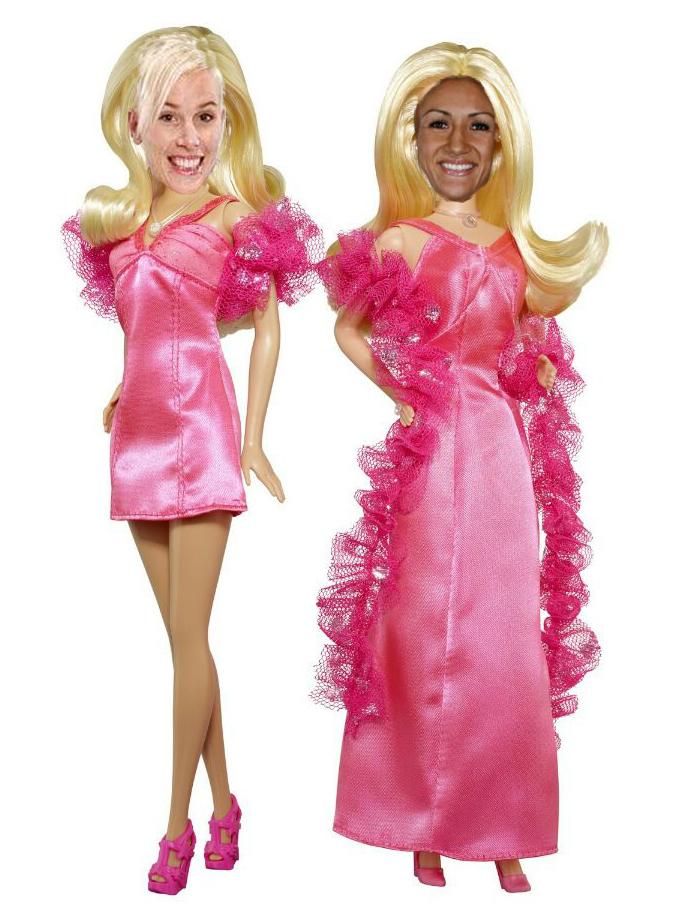 Yo @CarlaEsparza1 you think we can land that @Reebok deal now?