Investigation: With a tear in his eye Ric Flair won the 1992 Royal Rumble despite multiple eye pokes

Never one to call extra attention to himself “The Nature Boy” Ric Flair has been living with a burden for the past 23 years. A physical specimen and pro wrestling ironman, one of Flair’s greatest accomplishments of his career was winning the WWF’s 1992 Royal Rumble. For years fans and media marveled at Flair’s ability to withstand and conquer 29 other men in a single night.

A humble man, Flair was once described as a limousine riding, jet flying, kiss-stealing, wheelin’ n’ dealin’ son of a gun. After his championship victory at the 1992 Royal Rumble, Flair laid out one of the most inspirational speeches in sports history.

“Let me just say, after carrying the belt that proclaimed me the real world champion, I’m gonna tell you all, with a tear IN MY EYE, this is the greatest moment in my life. When you walk around in this life and you tell everybody you’re number one, the only way you get to stay number one, is to be number one.

And this is the ONLY.. title.. in the wrestling world that makes you number one. When you are the king of the W.. WF, you rule the world, Think about it like that, Mr Perfect…, The Brain, Whoooo!”

The modesty of Flair touched millions of sports fans on that fateful night in Albany, New York. Thanks to new footage uncovered by the WWE Network and with advances in high definition video technology, vigilante pro wrestling fans online have discovered the reason the Flair had a tear in his eye after his Royal Rumble win.

Flair was attacked until all that was left was a single tear for his body to produce. To this day Flair must use artificial tear lubricated eye drops to aid in his natural tear production. A little known side effect of prolonged artificial tear use is uncontrollable “wooo-ing” and the need to dance in circles.

With the truth behind Flair’s 1992 triumphant win now public record, representatives from Ric Flair’s management team have encouraged pro wrestling fans around the world to “Wooo” and dance with “The Nature Boy” whenever they see him public. Don’t say hi or ask him for a picture just yell inaudible noises and strut in the general direction of Flair so the 16-time world champion doesn’t feel different. Flair was always pro wrestling’s common man. 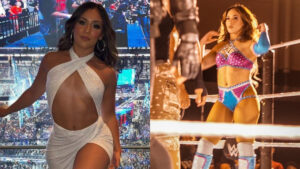 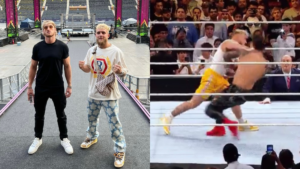 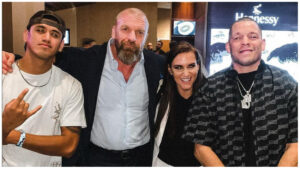 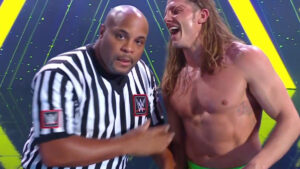 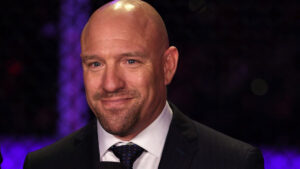