If you slice the world’s fattest man in half, Jon Jones could deadlift him as illustrated in this picture

Alright so let’s do the math — let me dust off my TI-83 and get to work. Ah, Drug Wars. I haven’t played that in a while.

Damn, that sentence was typed an hour ago. It just goes to show you how much drug-inspired games on the calculator can take over one’s life. Advanced Algebra in high school taught me that if you buy ecstasy in New York, then fly back three times in a row, you can sell it for three times the price you purchased it. The more you know.

The world’s fattest living person is the 59-year-old Michael Hebranko. He weighs in at 1,100 lbs, or 79 stones if you’re British and love even more archaic measurements. This is a picture of him eating a bacon, egg, and cheese sandwich in his bed. Now here is a picture of Jon Jones dead lifting about 565 lbs, roughly half this guy’s weight. Damn. 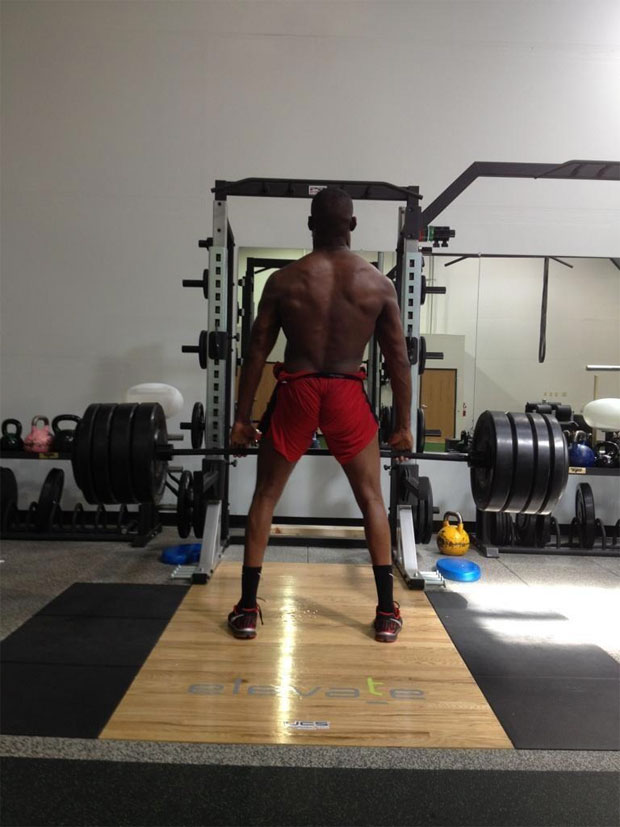 Gegard Mousasi really opens up about his UFC career in this interview, too bad you can't understand any of it
Read Next Post →
Click here to cancel reply.