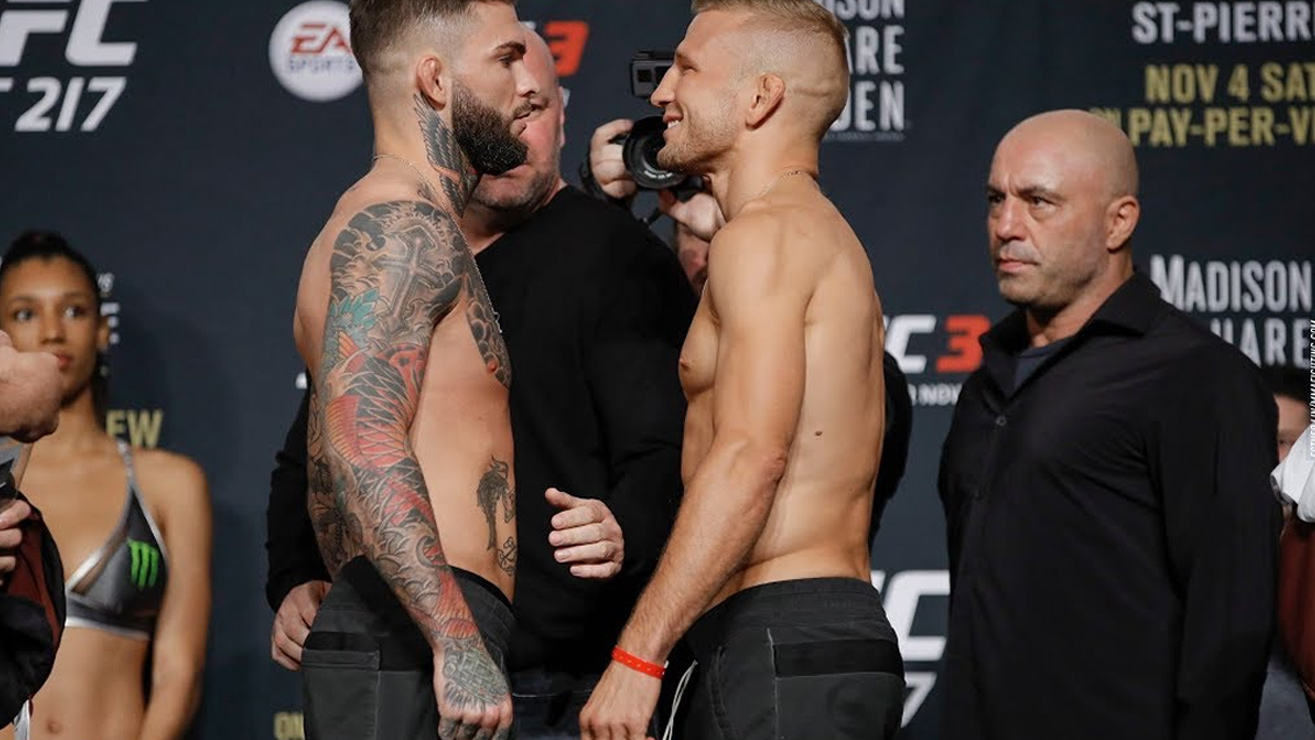 In the main headliner, bantamweight champion TJ Dillashaw will defend his belt against former champ Cody Garbrandt. Both ‘No Love’ and Dillashaw are former teammates and carried the bad blood from the first fight where Dillashaw defeated Garbrandt via second-round TKO at UFC 217.

Meanwhile, in the co-main, reigning flyweight champion Demetrious Johnson will take on top 125-pound contender Henry Cejudo in another rematch. In their first encounter, ‘Mighty Mouse’ defeated “The Messenger” via first-round TKO at UFC 197.

Check out the full fight card, start time and results below: