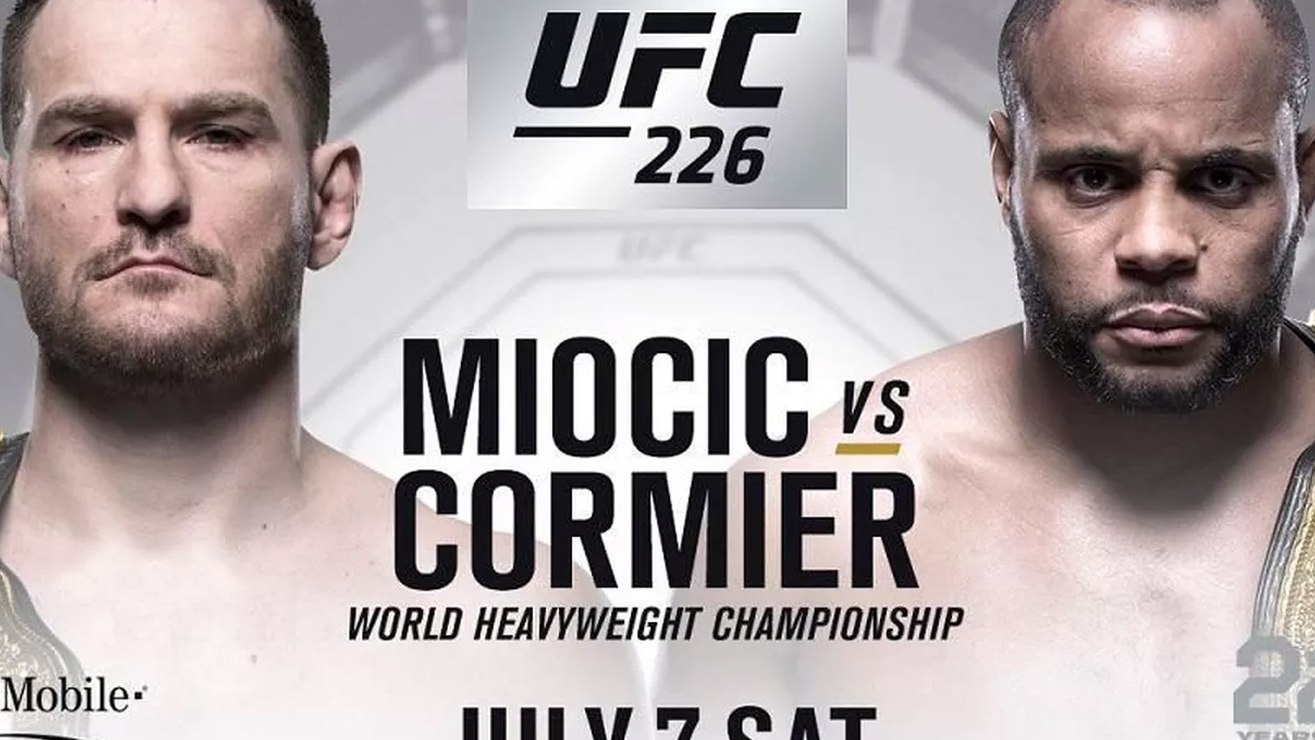 UFC 226 Pay-Per-View event will feature the heavyweight title fight of what will be one of the best cards of the year. It is set to take place this Saturday night (July 7, 2018) held inside T-Mobile Arena in Las Vegas, Nevada. The main card airs on pay-per-view (PPV) following prelims on Fox Sports 1 and UFC Fight Pass.

In the main headliner, heavyweight champion Stipe Miocic puts his belt on the line against light heavyweight champion Daniel Cormier in a super fight. Cormier has an opportunity to become only the second fighter in the promotion’s history to hold two titles simultaneously. Meanwhile, featherweight champ Max Holloway supposed to defend his belt against unbeaten challenger Brian Ortega in the co-main event but unfortunately, Holloway forced to pulled out of his title bout due to concussion-like symptoms, as well Ortega also not competing in the card.

UFC officials announced on Thursday that heavyweight showdown between knockout artists Derrick Lewis and Francis Ngannou will serve as a new co-main event, while Michael Chiesa will meet Anthony Pettis in a lightweight bout. As well Paul Felder and Mike Perry moved to the main card.

Check out the UFC 226 full fight card, start time and results below: