Judging from the comment section on our official post-fight article of Ben Henderson vs. Frankie Edar, you guys can’t come to a unanimous decision on anything MMA related even if all of you shared the same cerebellum. I scored the first, fourth and final round for Ben Henderson and implemented Ric Flair’s philosophy that in order to be the champion, you need to beat the champion. Well, according to FightMetric, Frankie Edgar did beat the champion — and he did it pretty decisively. 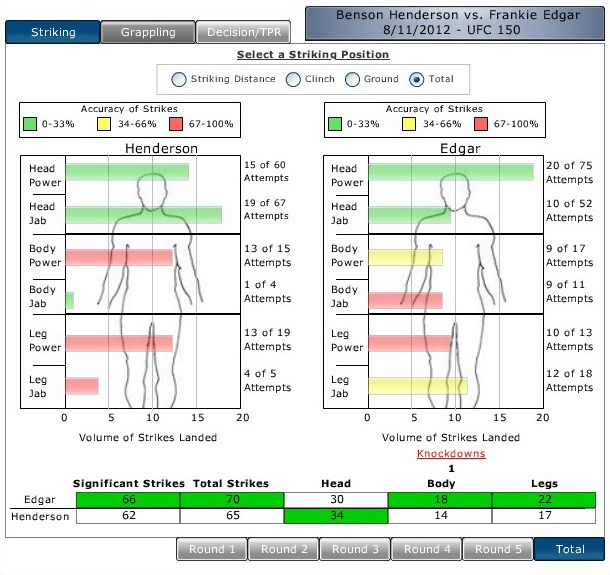 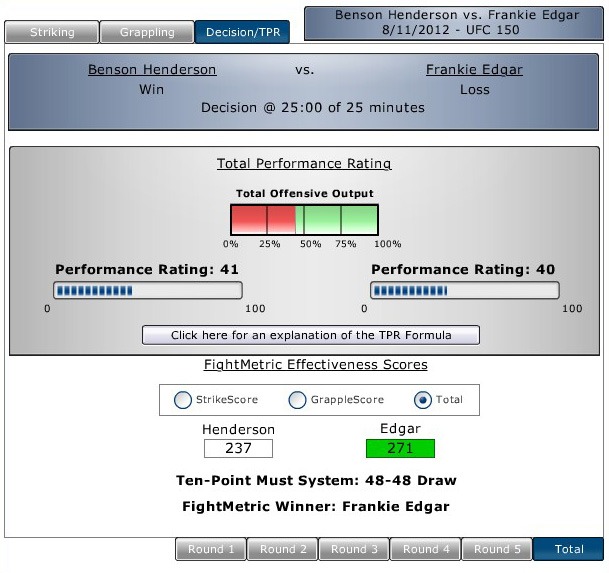