Henry Cejudo: Fight With Conor McGregor Would Be ‘Light Work’ 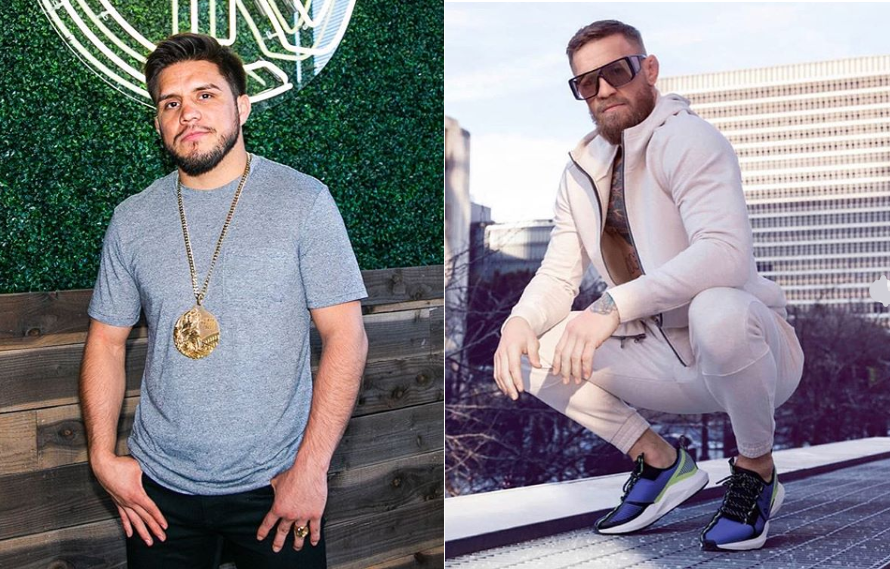 Henry Cejudo recently became one of the few fighters to be a UFC champ-champ. He had few words when considering a fight with the first to achieve this status, Conor McGregor.

When Henry Cejudo took on Marlon Moraes in an attempt to win a second UFC title, many people had their doubts. Nevertheless, those doubters were largely silenced, as Cejudo overcame early trouble to win by knockout. He became just the fourth fighter to hold two UFC titles simultaneously.

However, Cejudo was recently asked on Twitter, about taking a fight with Conor McGregor. McGregor was the first fighter to achieve the champ-champ status. Additionally, he did this at featherweight, and lightweight. Despite this, Cejudo was not impressed.

It was a very simple reply to the inquiry of a fight between these two at 145. Cejudo was extremely dismissive of McGregor. Unfortunately it seems very unlikely that we will see this fight to fruition.

One reason this fight seems impossible to put together, is McGregor’s size. He has not fought at featherweight since beating Jose Aldo for his first UFC title. On the other hand, he did compete close to that weight in a boxing match with Floyd Mayweather. Unfortunately, it is hard to believe he would make that cut for Cejudo.

Additionally, if you consider this bout it seems like it would be fairly easy for McGregor to be victorious. Although Henry Cejudo has an impressive Olympic wrestling background, he gives up a ton of size. If past is prologue, McGregor has easily dispatched people with similar frames.

What do you think? In the unlikely case that this contest happens, who walks away with the win?