Greg Nagy is more advanced, better looking but not quite Fedor 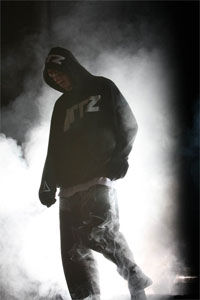 We live in an ever expanding universe. All of it is trying to get away from fighting Fedor Emelianenko. Archaeologists will look back on this era and call it the information age. Well educated archaeologists will call it the age of the overhand right. In an interview with Mike Chiappetta, Greg Nagy’s trainer says he hasn’t quite evolved to Fedors’ level, but he’s more advanced than Herschel Walker. Oh, he’s better looking to (something that I cannot confirm…because I’m a guy).

“Listen, in terms of athleticism, there’s no comparison. Even at 47, Herschel’s a tremendous athlete. But Greg’s fearless. I don’t know why, but our gym breeds these kinds of guys. They have no fear. At that age, they think they can walk through steel and bullets.”

We’ve spent forever (about 6 minutes) looking for a picture of Greg Nagy. The best we can do is a guy in a hoodie that allegedly resembles Greg Nagy. We’re about 74% sure it’s him. He has the same nose, hair color and appears to be roughly what you think a ‘Greg Nagy’ would look like. In a couple of weeks, dude is going to be locked in a cage with Showtime cameras broadcasting his image across the country. January 30th is the day of the Nagy. [Source]

Fedor submerges himself in an icey river to further prove he is no longer human
Read Next Post →
Click here to cancel reply.