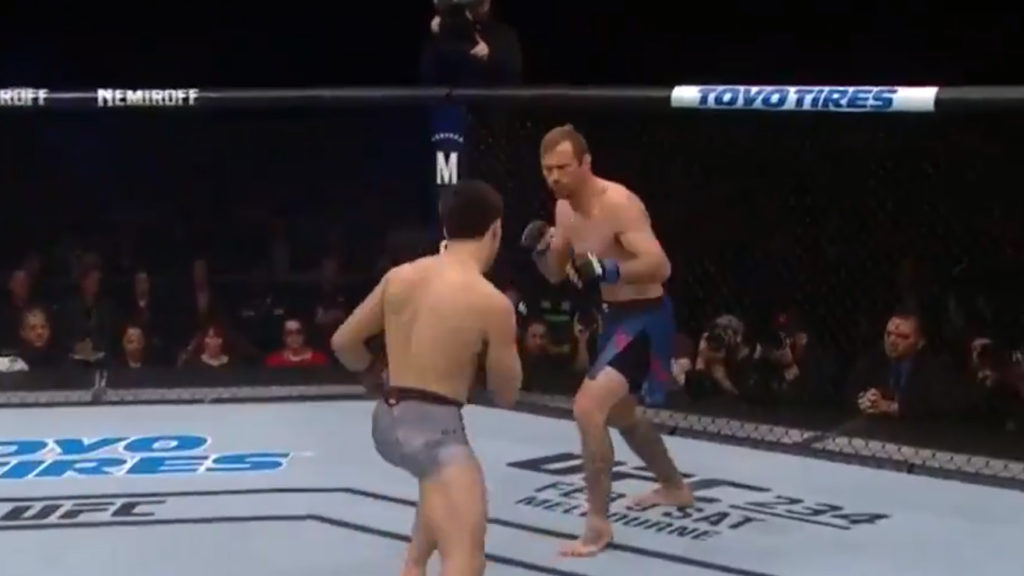 Alexander Hernandez was disrespectful toward ‘Cowboy’ Donald Cerrone in the buildup to their fight. But Cerrone went on to teach a younger Hernandez a lesson.

Cerrone successfully dropped the Hernandez with a head kick and then went on to finish him off with ground and pound strikes in the second round.

Cerrone is now 35-11 (1 NC) overall, won 2 in a row and three of four. Hernandez (10-2) snapped an eight-fight win streak and suffered a first defeat in the promotion.

🎶 Allow me to reintroduce myself 🎶

Hernandez lands the left hand early, but Cowboy answers by getting the takedown! #UFCBrooklyn pic.twitter.com/tXrgZy77jB