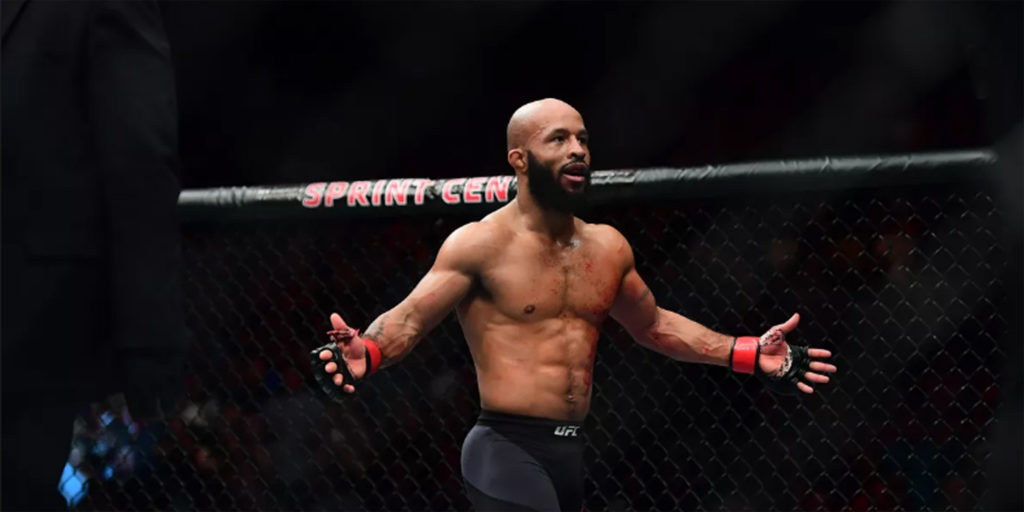 Demetrious Johnson successfully recovers from a shoulder injury. The current UFC Flyweight Champion claims he still wants the fight with TJ Dillashaw at UFC 226 against UFC Bantamweight Champion, TJ Dillashaw, if the payment is proper. (quoted by MMAMania.com)

“That’s the fight I want, that’s the fight UFC believes should go down,” declared Johnson on a recent interview on The MMA Hour. “The biggest thing I have been focusing on is letting Malki and Abe, First Round Management handle that stuff. They are great managers, I told them what I want and they said they’d talk to UFC. Talks with Malki and those guys have sort of gone dormant. They know what’s going on, but last time I talked to them was six weeks ago. We’re shooting for July, so we will go from there,” added the champ.

Demetrious Johnson didn’t want to go into the details. He claims he wants to be paid for his work, and as long as he gets paid, he is willing to fight. Mighty Mouse also states that his request to be paid isn’t crazy for the champion like him.

“You guys see the pay scale, and you can see where I am at. I am not going to go really into that, but I don’t think it’s unreasonable what I am asking for, I believe I deserve it,” he said. “People are going to say this is a true super fight, and when everything is done and said, when you look at the numbers I want them to look at and can say, ‘that was worth it.’

“But it’s now on Malki and UFC. I am going to do what I’m good at, which is to get better and when it comes time to fight I’ll go out there and put on a great show. Maybe I’ll do a new submission out there, something no one’s ever seen.”

Demetrious Johnson also said that the rumored rematch with Henry Cejudo is everything but the truth. However, despite Johnson knocked the Cejudo out at the UFC 197, he says he would give him the chance if he reaches No.1 contender spot in Flyweight Division.

As Demetrious Johnson stated, if Nate Diaz was able to get $2 million, he should get at least something close to that, because he is the most dominant champion in the history of the sport. What do you think, how much money will UFC offer?