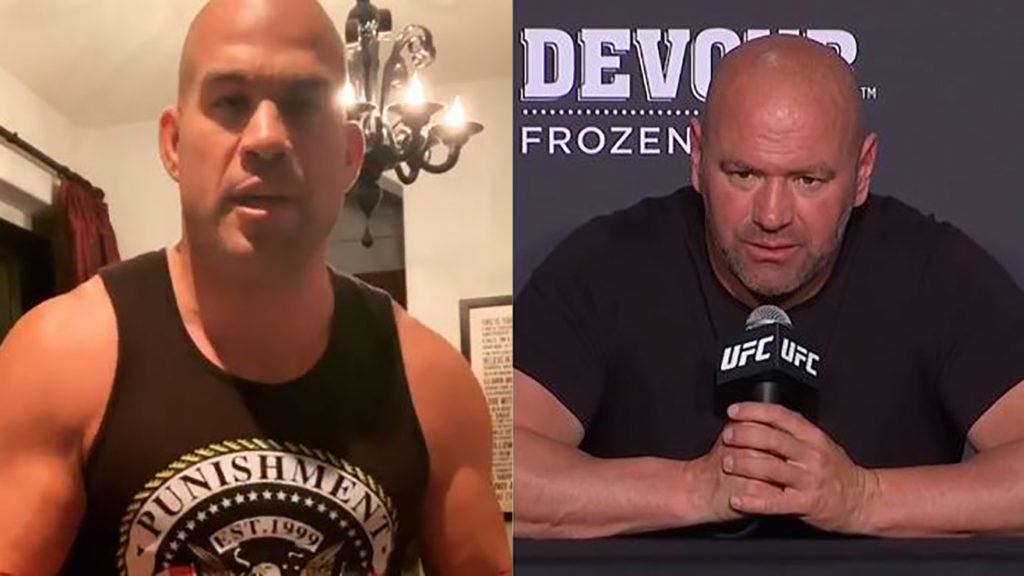 Dana White and Tito Ortiz have a history of the bad-blood feud. The former 205-pound champion and the UFC boss have been bitter enemies for years. Avid MMA fans probably remember that White rewarded Lyoto Machida with an extra bonus for his win over Ortiz in 2008.

Back in 2007, Dana White and Tito Ortiz were scheduled for a boxing match, but it never came to fruition. The UFC boss claims it was not materialized because Tito was aware he’d get his ass kicked. (h/t BJPenn)

“I knew (I would win), and so did he. That’s why it didn’t happen,” Dana White said. “Tito Ortiz was doing a new deal with us. Tito and I hated each other so bad that Lorenzo Fertitta did this deal. Tito never had great hands. He had been working on his boxing with Fernando Vargas. He started to feel like his hands were getting in a good place and we hated each other. He told Lorenzo the last thing he wanted in his deal was a three-round boxing match with me. Three three-minute rounds. I told Lorenzo yes, sign the deal.”

“In a boxing match, I was going to f*ck him up and make him look stupid. He knows that, and that’s why that match never happened.”

Yet, Dana White admits Tito would annihilate him in an MMA match.

“Let me make this very clear. If this was an MMA match, Tito would murder me. Like it would be the most horrific beating you’ve ever f*ckng seen in your life. He would double leg me and smash me against the fence. Tito would literally put his f*cking elbows through my skull.”

It is hard to believe Dana vs Tito boxing match could happen. Dana White doesn’t look interested in boxing bout against Tito at the moment.

“I’m too f*cking old for that now,” White said.

Tito Ortiz last stepped inside the Octagon in November 2018, when he turned the lights out on Chuck Liddell. He still fights despite his age.

But let’s ask you a question. If Dana White meets Tito in a boxing match, who’d win?