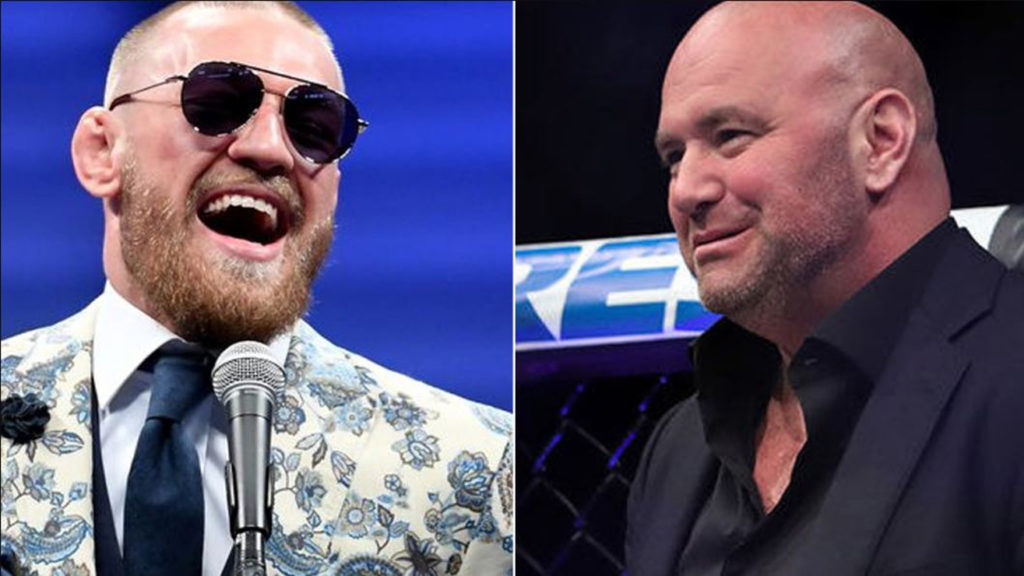 Conor McGregor Is Aware That He Is A UFC Cash Now!

UFC has finally persuaded the former UFC Lightweight champion, Conor McGregor, to return. Conor has already asked for UFC ownership slice after defeating Eddie Alvarez at UFC 205. Since two years are off from his last Octagon fight, UFC finally lures him to return to the biggest stage.

Several months ago Mcgregor attempted to use his leverage to get a bigger piece of the pie. Thanks to his last year’s multimillion-dollar professional boxing debut against Floyd Mayweather. UFC president Dana White said on Tuesday after Dana white’s contender night series that Mcgregor is not getting an ownership stake but said Irishman will be paid like a UFC owner for his upcoming fight. (via MMAMania.com)

The Mystic Mac holds the record for the highest number of pay-per-view buys. At UFC 202, Diaz Vs McGregor 2 had an impressive score of 1.65 million! Don’t forget his boxing match versus Floyd Mayweather Jr that saved the promotion in 2017!

Despite Conor McGregor is a real golden goose, some fighters easily get angry when not on the same fight card with him. Everybody would like that level of popularity!

Khabib Nurmagomedov and Conor McGregor are scheduled to face at UFC 229 at T-Mobile Arena in Las Vegas, Nevada, on October 6th. What do you think, how much money did the Irish superstar ask?

Darren Till Responds To 'Online Trolls' Of Not Taking Care Of Family: ‘I Have To Be Selfish’
Read Next Post →
Click here to cancel reply.