Curtis Blaydes has suddenly been thrust into every major MMA headline since a report surfaced that he may be the man to welcome Jon Jones to the UFC’s heavyweight division in 2023.

While the UFC has been eager to put together a heavyweight title clash between reigning champion Francis Ngannou and Jon Jones, the promotion appears to have a contingency plan in place should Ngannou not be ready to go in the first quarter of 2023. That plan includes No. 3 ranked heavyweight contender Curtis Blaydes.

In an interview with James Lynch of Fanatics View, Blaydes was asked if he could confirm the report. Though ‘Razor’ admits that he hasn’t heard about it from the UFC directly, he believes the reports are legit and he plans to begin preparations for the potential clash after the holidays.

“That’s about as far as I know as well, but seeing as how it’s been reported on all these official MMA websites and authors and stuff, I think it’s legit. I’m gonna begin preparing when I get home. After the holidays, I’ll be in camp mode or the mindset so I’ll be ready. We’ll see what happens though.

As far as Curtis Blaydes’ preference between fighting the heavyweight king Francis Ngannous or Jon Jones, ‘Razor’ would prefer to have a shot at the “real belt” currently held by Ngannou.

Francis Ngannou vs Jon Jones targeted for UFC 285 on Mar. 4 in LV. If Ngannou isn’t healthy by then, the UFC will target Jones vs Curtis Blaydes. pic.twitter.com/6ze7VjvxsK

Curtis Blaydes Believes He Has the Tools to Defeat Jon Jones

With Francis Ngannous still recovering from knee surgery while actively in a very public contract dispute with Dana White and the UFC, the chances of him returning in March for UFC 285 seem slim. If the promotion can’t work out a deal with their only reigning African-born world champion, Curtis Blaydes is more than confident in his ability to compete with one of the pound-for-pound greats in Jon Jones.

“I think it’s a great style. He’s used to being the aggressor. Being able to use his reach and walk other guys down. I know he likes to play with the hands and the wrists. People allow him to do that because they’re stagnant and they’re going backwards. I want to flip it. I want him to be going backwards.

“Gustafsson, he did that. In that fight, he moved great. He attempted takedowns. He mixed it up. You got to do everything and that’s what I would do. I have the measurements obviously. I think I’m the better grappler. I know he’s great on the feet. He has the reach advantage, but he also had the reach advantage against [Dominick] Reyes and Dom was able to land a lot of those rear uppercuts. If he can get into range to do that, I can get into range to land elbows and wrestle.”

Should UFC succeed in booking the biggest fight in heavyweight history between Jon Jones and Francis Ngannou, Curtis Blaydes will gladly serve as the backup.

“I’m alright being the backup for that because you never know with Jon. You never know. I’ll be there. I’ll be on weight obviously. I’ll be ready.” 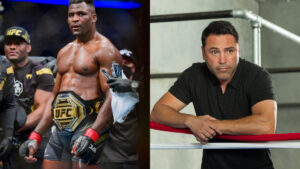 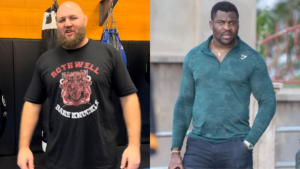 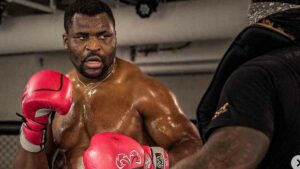