Dear, MMA stop being creepy. Hope fighters at least make money off these UFC Store “collector’s items”. Beyond the weird factor do you think UFC fighters get a percentage of the sale from their used fight gear the UFC Store is pushing?

For the kinky alert push notification you just got on your phone, the UFC is now selling used Reebok sports bras and fight shorts on their official online UFC Store. Maybe, just maybe you are a glass half full person and want to believe that someone is going to take a used Joanne Calderwood sports bra and bronze it or frame it to hang in their office. In this reality you could also probably turn that half full glass of water into a half full glass of wine and nothing pervy will happen to the used female Reebok fight gear the UFC is selling.

The UFC is this close to selling used fight bottomed from their female fighters. Oh wait they are already are. Don’t be creepy online MMA fetish community. To float your boat or get your engine running it will cost you $999.95 for Waterson’s used shorts and $1,249.95 plus shipping and handling for Calderwood’s already worn sports bra. It will cost you a pretty penny but the UFC Store is actively encouraging you to let your freak flag fly this weekend. 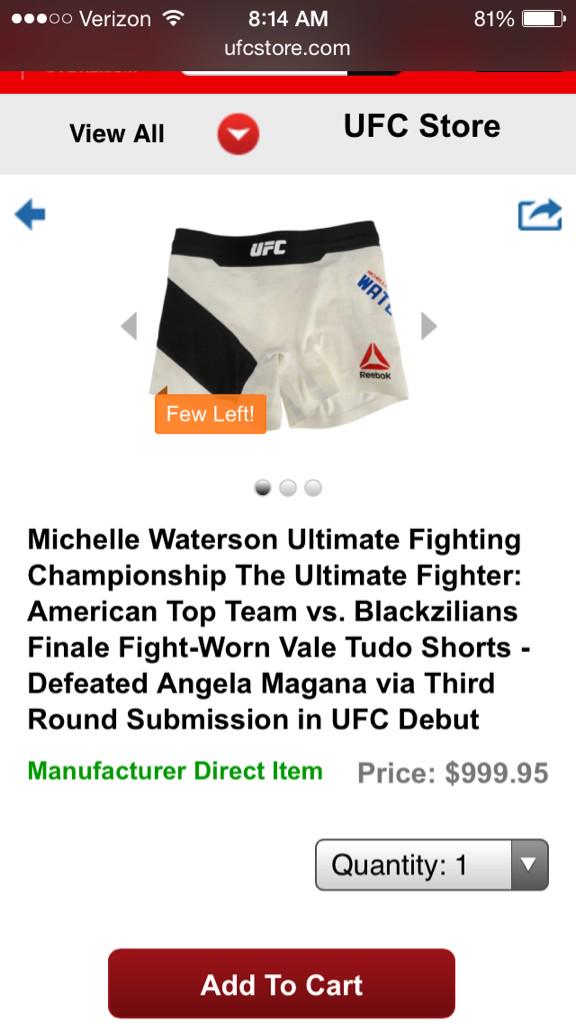 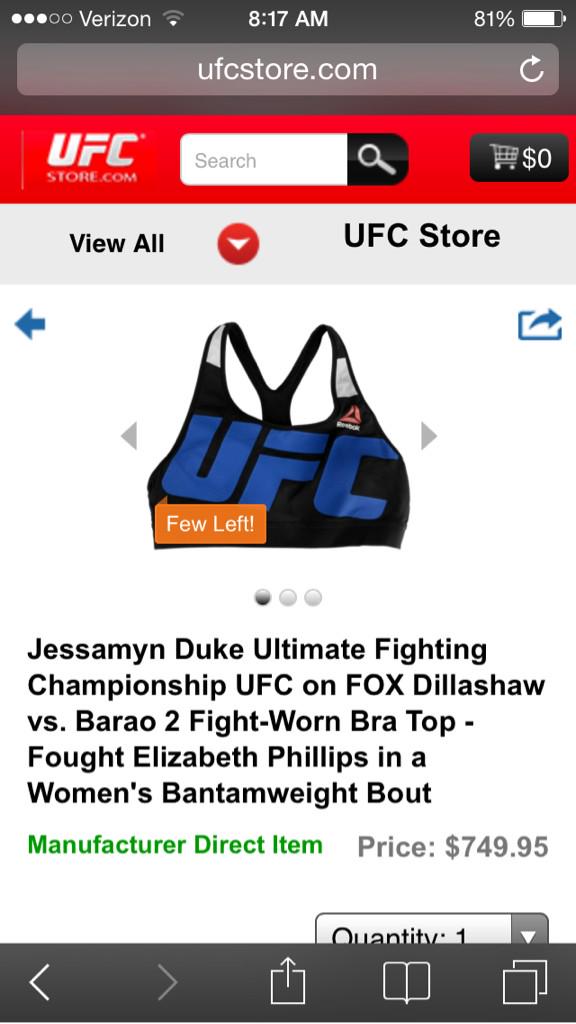 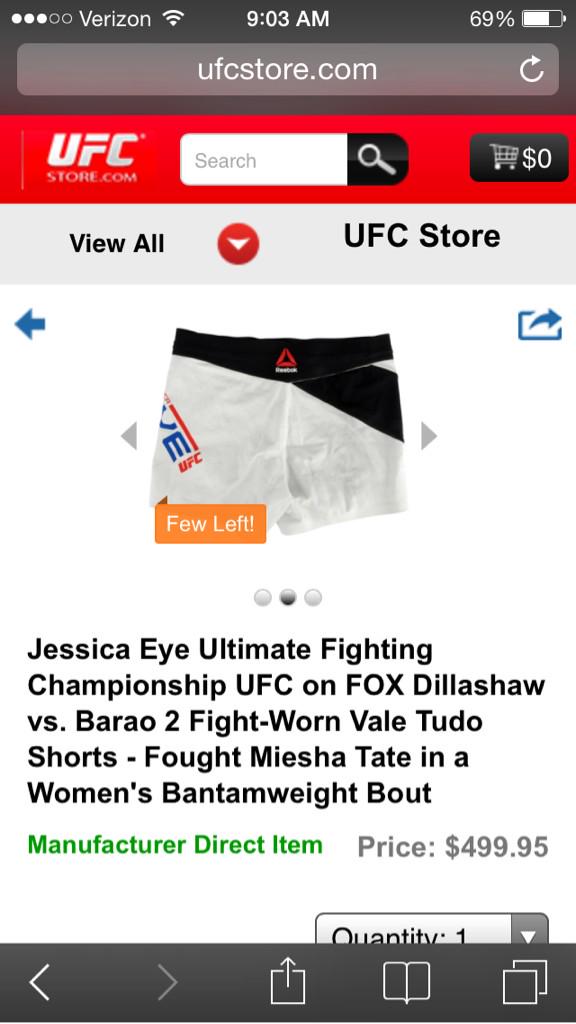