Mixed martial arts fans are set to be shaking their heads as lightweight champ Conor McGregor was supposed to be part of UFC 219, but his recent controversy at Bellator 187 forced UFC executives to scrap these plans.

McGregor slapped a Bellator staff member as he attempted to enter the cage to celebrate his teammate Charlie Ward’s kO’s victory over John Redmond. McGregor shoved presiding referee Marc Goddard in that heat when he asked him to leave the cage.

Charlie Ward was declared the winner following McGregor’s cage invasion, despite the fact that referee Goddard had not officially stopped the fight when McGregor had entered the cage. 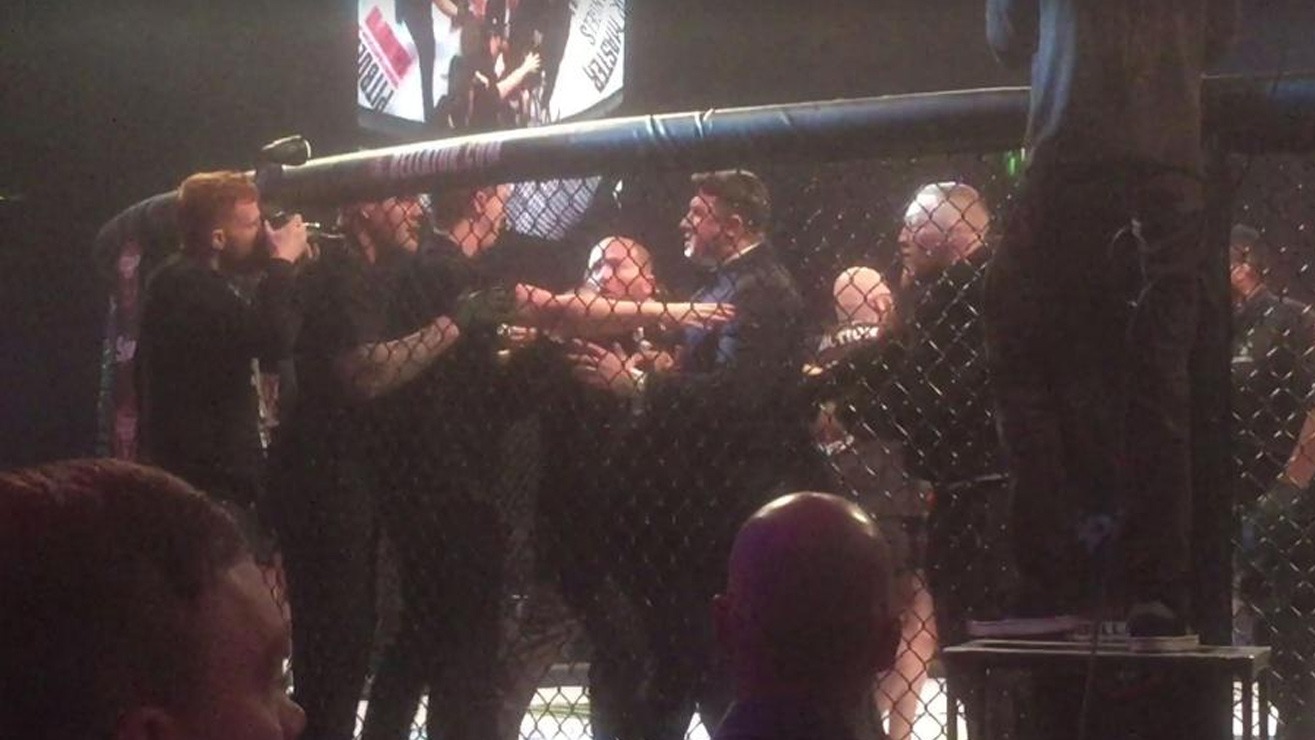 Michael Mazzulli, the director of the Mohegan Tribe Department of Athletic Regulation (MTDAR), has released a statement regarding the controversy. Commission had contacted the “UFC” and the Association of Boxing Commission to say that Notorious’s behavior had been “inappropriate and unacceptable.”

Mazzulli was speaking to MMA Hour podcast this week, UFC announced that McGregor had been pulled from the UFC 219 December 30th card. New Years Eve Showdown often being billed as one of the biggest of the year.

“I had some executives from the UFC contact me within two hours of what occurred, and they basically said to me that it is completely unacceptable in their eyes and that they will be doing something,” Mazzulli said. “They did inform me that he was set to be on the December 30th card and he will not be on it. So, I do commend UFC to some extent for doing that.”

Conor McGregor is not licensed by the MTDAR, while some believing this will stop the commission from being able to take action against the notorious. Mazzulli is exploring the possibility regardless.

“I will be speaking to my attorneys upon returning to the United States and see if I have any action,”

“I did contact the members of the ABC that does have his license and I did inform them on what had occurred. Now, I don’t know what they are going to do. Each commission is autonomous within the ABC, but we do share medicals and the safety aspect as well as rules and regulations.”

“If it was at Mohegan, there is no doubt in my mind he would be suspended and fined, and he would not be fighting at Mohegan for a minimum of six months,” he said. “No doubt.”

Here are the top five first hypothetical opponents for Jack Swagger to fight in Bellator
Read Next Post →
Click here to cancel reply.