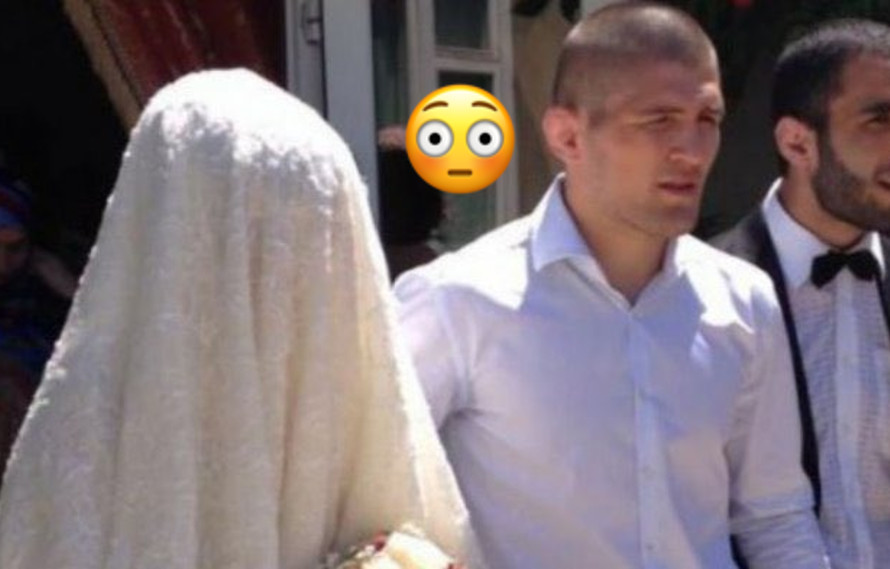 Jesus Conor McGregor. What are you doing man? Did he really just bring up Khabib Nurmagomedov’s wife into this feud? Holy hell, Mystic Mac has a death wish or something.

So how is retirement treating Conor? Less than a week in and he may already be losing his mind. Mac is stir crazy and needs some kind of drama in his life (heh). Talking about the wife of the dude who just soul snatched you at UFC 229, ain’t it chief.

In the latest episode of Mystic Mac losing his mind, here is McGregor shooting out some Tweets and then deleting them. 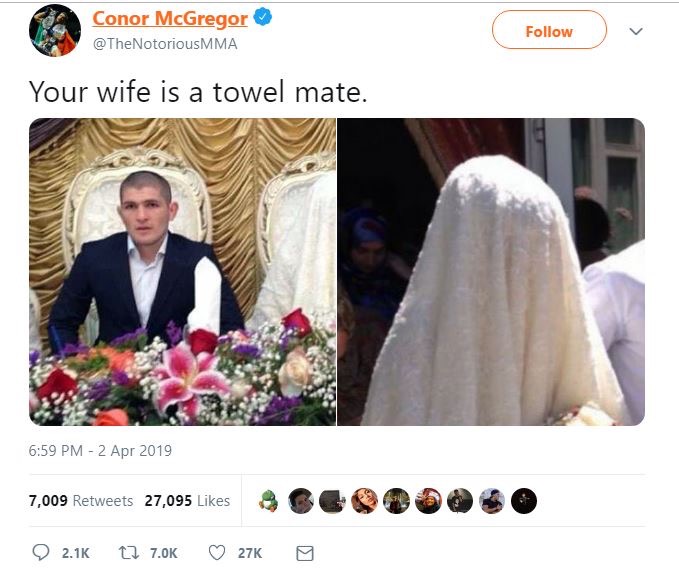 “Your wife is a towel mate.” 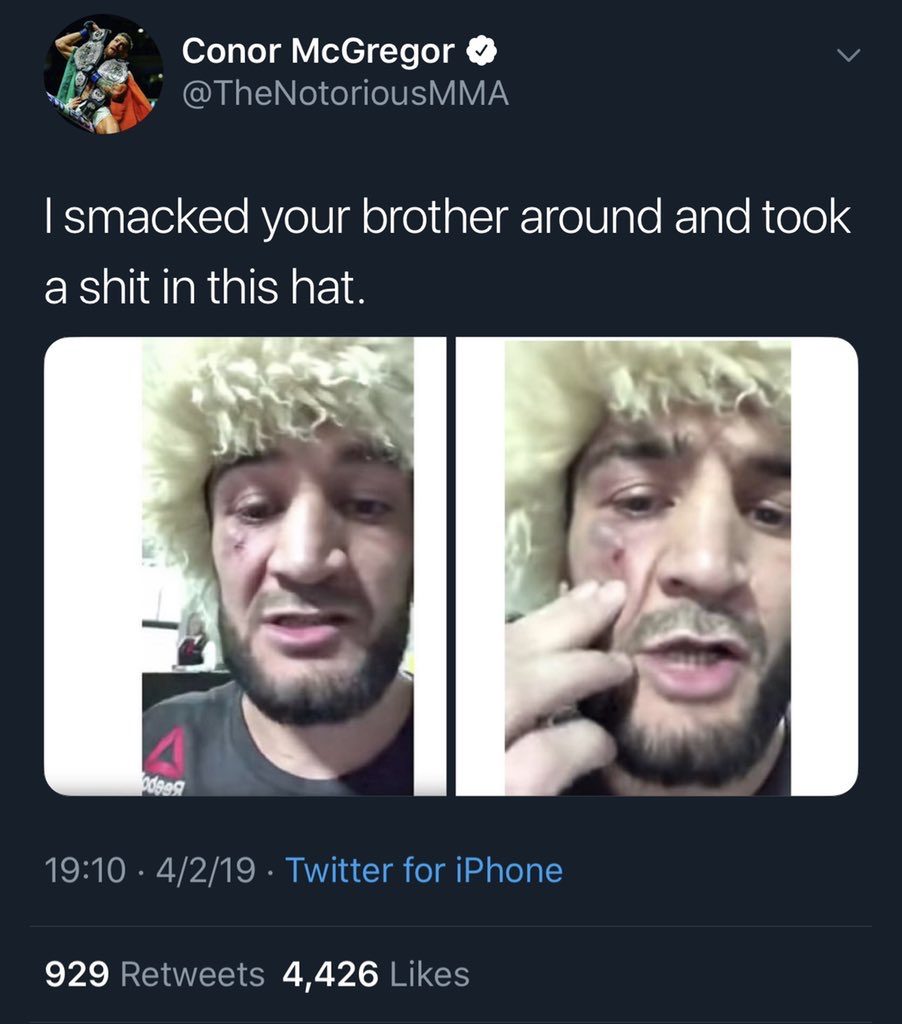 “I smacked your brother around and took a shit in his hat.”

No words. Dead. There is no coming back from this. McGregor realizes who’s he’s talking to right? There is nothing that Mac can say for the rest of time on Earth that will top this.

This is bad and MiddleEasy would $99.99 for a pay per view of Khabib reading off that Tweet about his wife, live, in real time. A train just jumped the tracks and hit a dumpster fire. At the center of this crash is a printed out version of that McGregor tweet.

This won’t end well, but it will make everyone involved so much money.

Long live wild ass Retired Conor McGregor until he comes out of hiding and gets curb stomped by Khabib once again. You crazy for this one Mac, may the Fight Gods have mercy on your soul.

McGregor is a has been in my opinion. I wouldn't pay to watch a rematch, as Mac was taken to school in the first match and he would be again. Time for the sore laser to stop running off his mouth.