UFC sensation Khamzat Chimaev flew to Ireland and was jailed for trying to fight Conor McGregor, further comparing him to Khabib Nurmagomedov. 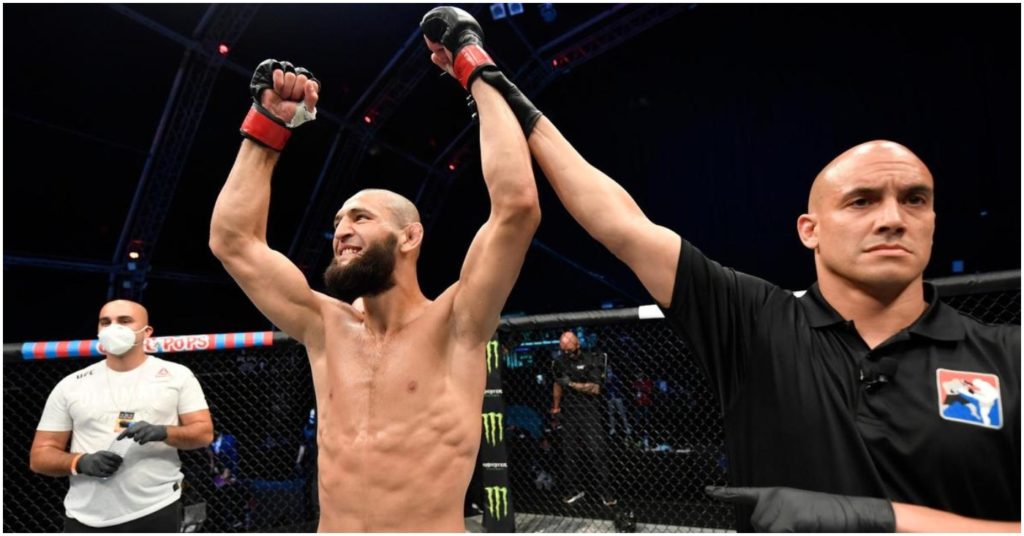 Khamzat Chimaev keeps being compared to Khabib Nurmagomedov. Usually, a fighter does anything possible to separate themselves from the pack. But, if someone is being compared to one of the greatest UFC fighters ever, maybe it’s best to run with it. With a similar look and fight style, it’s easy to make the comparison. However, it’s becoming even easier after Chimaev recently shared a story about flying to Ireland just to beat up Conor McGregor.

After a couple of expeditious, authoritative performances in the UFC, Khamzat Chimaev has been getting comparisons to Khabib. While he seemingly is groveled by these views, he also believes he could be even better.

Obtaining the record for the quickest turnaround in UFC history, Chimaev scored two finishes in just 10 days. To make things sweeter, both fights were on Fight Island. He destroyed his adversaries, finishing both of them. Furthermore, he took zero damage. The results were Khabib-esque. To further the comparison, Khamzat shared his story of trying to fight Conor McGregor in the most gangster way possible.

“Honestly speaking, I wanted to beat him (Conor McGregor) up,” said Chimaev. Many people thought I was coming there to help him prepare for Khabib. I was coming there to protect our pride and honor. I was going there for all of us. If that would not have happened, I would have maybe thrown, I don’t know, some object.”

As the story continued, it was revealed that he spent 8 hours in jail during the process of trying to get to Conor. As he made his way to Ireland, Police detained and released Chimaev on the occasion that he would go back to Sweden.

The voice, look, and fight style are all reminiscent of “The Eagle.” However, Chimaev is carving his path in the UFC and aims to be better than Khabib ever was.

Tony Ferguson Has A Stern Message to Fans Telling Him to Retire
Read Next Post →
Click here to cancel reply.