Check out the FIRST pictures of the MiddleEasy shirt in EA Sports MMA! WOW!

People think I’m kidding when I say that Genki Sudo taught me everything I needed to know about transdimensional movement. I’m not kidding. I actually talked to Genki Sudo and he gave me directions. You can continue doubting me all you want, but I can now shift my consciousness into the fourth dimension whenever the situation calls for it. After spending the entire night watching my parent’s cat try to hunt down a moth hiding behind the sofa, I left the third dimension to hang out with other like-minded individuals. We ended up drinking way too much tequila and started playing EA Sports MMA. Yes, I know the game isn’t out yet, but in the fourth dimension, it was actually released a week and a half ago and these dudes are already pretty good at it.

When I woke up this morning, I was back in the third dimension. I must have passed out and they sent a taxi to take me back. I don’t remember shifting on my own. I’m aware that this sounds like a far-fetched story, but it’s 99% true and luckily I have my cell phone camera to back me up. Check out the first screenshots of the MiddleEasy shirt in EA Sports MMA. 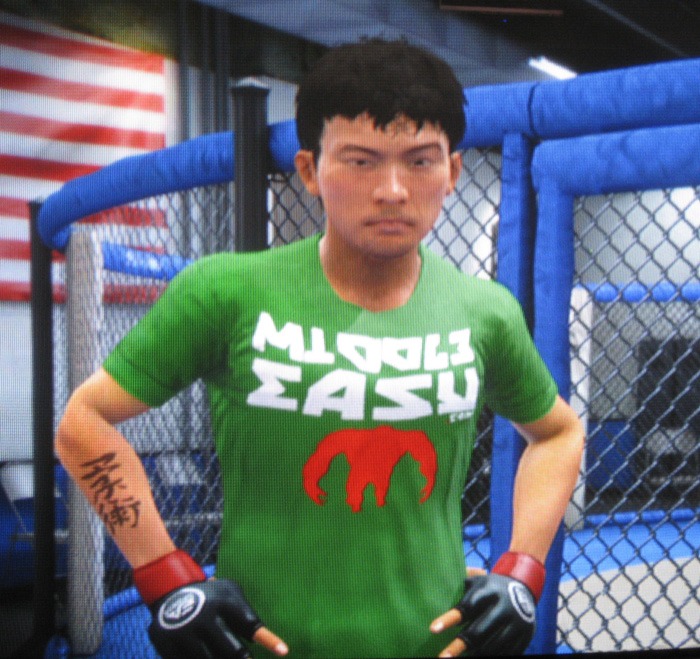 On a completely unrelated side-note, in the fourth dimension, everyone wears green MiddleEasy and UGG boots. Apparently they’re comfortable. Also, there are absolutely no Boston Red Sox fans allowed into the fourth dimension. The last time they came around, the mess and they left earned them a lifetime ban. Genki was not amused at the can of Keystone Light someone spilled all over his Louis Vuitton overcoat.

Don’t forget, you can still get the shirt here! 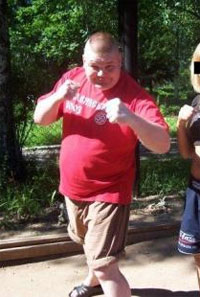