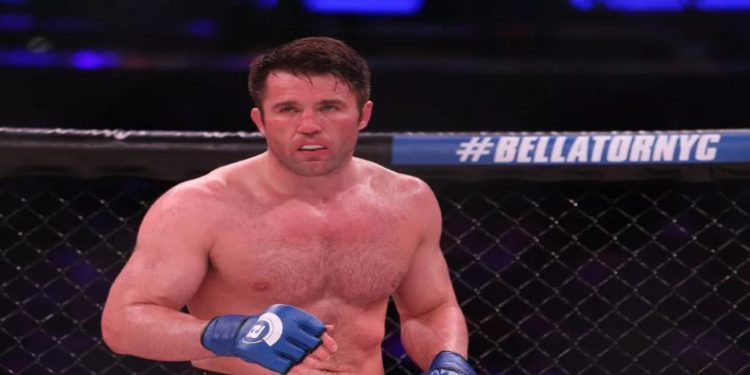 Last week, Tito Ortiz, a former UFC Light Heavyweight Champion, announced he wants a trilogy with one of the best punchers in the history of UFC and a Hall of Famer Chuck Liddell. Ortiz announced he has a high level of interest in this fight, and he has spoken with UFC matchmakers about it.

However, Chael Sonnen never keeps his mouth shut and looks at this from completely another angle. Looks like he is angry since Ortiz wants the fight in the UFC, and he said the following in his video (quoted by BloodyElbow):

“That’s where I’m saying it’s a scumbag move,” Sonnen said in a recent video he uploaded. “It’s like ‘Tito, after all Scott Coker did for you – I mean they ran you around, you were the face of the company, you were main eventing, you were making a bunch of money – that’s your response? You’re gonna come out of retirement, and you’re gonna fight Chuck in the UFC? You don’t give that to Coker? You’re gonna do it in the UFC?”

“You finished your career at Bellator. You got treated great at Bellator. You come to the Bellator shows. Whether I like Tito or not – and I don’t – but he is a great face of the sport, people recognize him.”

Chael Sonnen also believes Tito Ortiz dug himself a deep hole both in Bellator and UFC:

“So now you’re gonna get rebuted by who you’re apparently trying to impress, and you’re gonna piss off the other side. I just didn’t get any part of it. I don’t understand how or why he would do it, I resent that he did it from a loyalty standpoint.”

Sonnen also insists his talk has some sense, but he doesn’t hide that he is outraged:

“He never ceases to surprise me when he opens his mouth, how dumb that son of a bitch is. He just doesn’t. It just can’t go away. Sour grapes on my part? Yeah, sure, a little bit. Fair point on my part? Yeah, you’re damn right that’s a fair point.”

Chael Sonnen was defeated from Tito Ortiz at Bellator 170 via submission in the first round.

Was It an Illegal Knee? Watch the Fox Sports 1 Crew Have the Most Endless & Annoying Debate in Television History

Chael Sonnen Buries Jon Jones After Talk Of Being The GOAT