We’re ready to party, we’re ready. I hope you bring lots of spaghetti. That’s the opening line to the ‘Garfield and Friends’ cartoon that aired in 1988. We wanted to be the only MMA site to start off a UFC 159 article with jingle to an 80s cartoon so that when other sites start spouting off retro theme songs, they will be accused of biting our style. There’s absolutely no segue to this. In no way is Jon Jones or Chael Sonnen like Garfield or his friends. Quite frankly, they don’t have the swag as an animated television series. However, they will be appearing in a television series on FX called ‘The Ultimate Fighter.’ Sadly there’s no animation or short-stories weaved into each episode. It’s a story of a guy leading other guys to beat a team of guys lead by another guy — with a possible spontaneous fruit bowl urination thrown in for good measure

If you pray to the MMA gods long enough, UFC 159 will go down according to plan and this newly released poster will not have to be altered in anyway. Is it just me, or does Chael Sonnen look a little ‘concerned’ compared to Jon Jones? You decide. 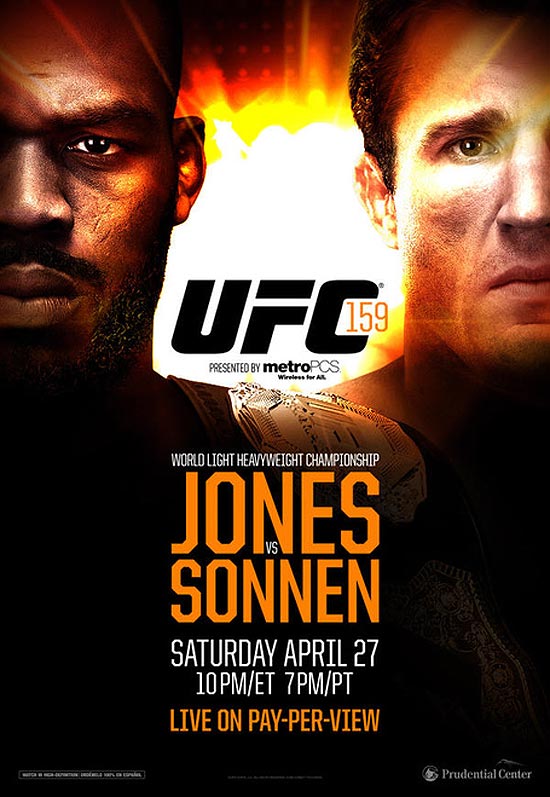