Chael Sonnen, Before He Was the American Gangster

Remember that time Chael Sonnen choked out Tim KcKenzie in 13 seconds in Costa Rica on a Bodog Fights stream? How about when Forest Griffin caught him in a triangle seven year before Anderson Silva did? Maybe you remember his first UFC victory against Trevor Prangley, where Sonnen redeemed his first lose? No? Good, because I don’t either.

What I do remember is Chael Sonnen beating Anderson Silva for four rounds, until losing in the final moments of the fight. I also remember him failing subsequent drug tests. And I definitely remember him being convicted of money laundering. Shit, I remember thinking Chael was done in the sport, while he was being fired from ESPN.

And then there are the moments that everyone else seems to remember. The final evolution of into Chael P. Sonnen. The one who said Anderson Silva absolutely sucks. The one that rewrote his own history and declared himself an undefeated champion. The one that demanded to slap Mrs. Silva on the ass and have his steak cooked medium rare.

How did this bizarre tale of two careers come about? How did this journeyman from MMA’s un-aired past become the Chael P. Sonnen we know today? In what is probably the sports best example of seizing the moment, Sonnen brought to MMA a braggadocio and swagger we hadn’t yet seen. Sonnen had to foresight to have lines of dialogue prepared. When he was on the mic, he had something to say, and chances are, it was going to be funny as hell. In the era of Fuel TV pre-fight shows and brand new Big Fox shows, while the UFC was just emerging into mainstream consciousness, just finding its footing away from Spike TV, Chael Sonnen, all drawn out and looking like Skeletor, was cutting promos so good Michael Bisping was dumbfounded.

And maybe it’s because that second half of his career was so entertaining that we forget that first half. But that sucks. Let’s take a second to recognize just how absurd the opening chapters of Sonnen’s story are. It makes the fact that he is fighting at Madison Square Garden in the one of the biggest PPVs of the year all that more incredible.

In the early 2000s, it seems like Chael Sonnen quietly fought a bunch of legends right under our noses. While the UFC was fighting to get played on the Best Damn Sports Show Ever, Chael was getting his seasoning on Indian reservations. Naturally, he defeated Jason “Mayhem” Miller in his second professional fight. While the MMA world was captivated by Pride Bushido 2, and Chute Box rampaging through endless amounts of anonymous Japanese fighters, Sonnen was fighting Jeremy Horn, losing to him twice. Despite the loses, Sonnen found a home in the blossoming WEC, but only for a fight. It was an era in the sport where fighters found work where they could. And even at the highest level of the MMA pay scale, fighters bounced around to the highest bidder, and it wasn’t always the UFC.

Maybe no fighter record showcases the struggle of a journeyman at this time quite like Chael Sonnen’s. Incredibly, Bellator will be the the 21st MMA promotion that Sonnen has fought for in his career. Even after his first stint with the UFC (which culminated in his third lose to Jeremy Horn), Sonnen would bounce around other promotions for three years until coming back. During this period, Chael actually should have won the WEC title from Paulo Filho, but Filho missed weight defending his own title, making it a non-title affair. Sonnen won the fight, not the belt.

Chael joined the UFC for the second time eight years ago. he went 6-5 with his time in the promotion and managed to fight in three of the best performing PPVs of the era. The second Anderson Silva fight being the crowning achievement of his promotional career. In the build up to this fight, he single-handedly brought stardom not just to himself, but also to the greatest Middlewight to ever fight in the sport. He made Anderson Silva a household name. Chael’s second stint with the UFC could be called the greatest comeback in sports history. After a career of historic proportions that happened in the shadows, Chael Sonnen manifested one of the greatest the most anticipated fights in the history of the sport. And he did it all his his mouth in a single post-fight speech.

Fast forward to today, where Sonnen has become a kind of modern incarnation of the Stamper family from Ken Kesey’s “Sometimes a Great Notion”. In that book, the Stamper family was a stubborn brood of Oregon lumberjacks, unwilling to cooperate with a town-wide union strike. The pride and bitter internal strife that defines the family also seems to constantly threaten their ruin. But in the end, the same stubbornness ends up being their salvation. Chael Sonnen has survived all of his many tribulations, all the while, relying on his signature bravado. The very ego that birthed his stardom, and could have precipitated his downfall, is what keeps him relevant today. That he continues to endure in fans’ hearts is a testament to the fact that he has never wavered from his shtick; he never dropped kayfabe.

Anyway, here’s to Chael Sonnen, The American Gangster, and the hope that he can bring back some of his signature magic one more time against Wanderlei Silva. I know no one have forgot the fireworks from the last time these two fought. 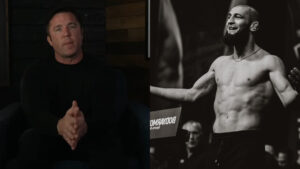 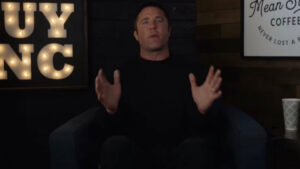 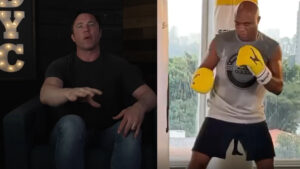