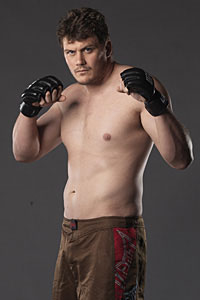 I woke up early this morning ready to watch Dream 16. My phone was still in my hand. The screen was still displaying the alarm clock. I fell asleep in the process of setting the alarm for 2am but never actually completed the task. The last time Dream was on, the same thing happened.

I won’t miss UFC 119 tonight though. I’m in the process of getting lubed and caffeinated right now to guarantee I don’t fall asleep. The lubing really doesn’t have anything to do with keeping me awake and it also unfortunately has nothing to do with anything related to ‘KY’. Its just an oil change. FML again, I really seem to miss all the action. On that note, while I sip my Starbucks and wait for the oil changer guy to come in and attempt to up-sell me a new air filter for an asinine amount of money, I’ll check out the UFC 119 weigh-ins and make some picks.

The more I get to see Matt Mitrione the more I am starting to enjoy his brand of crazy. He doesn’t have any sponsor names plastered all over his shorts. He just walks out in some cargos shorts and a shirt with a picture of Marvin Gaye that reads “Let’s Get it On”. Mitrione seems like he’s on a personal mission to prove all the naysayers wrong and I dig that. He gets my pick.

If I ever pick CB Dollaway to win my girls over at GalsGuidetoMMA might kidnap me, tie me up and force me to watch Insane Clown Posse videos. I really do not like clowns. I hate them so much, one of my friends decided to play a prank on me while I was sleeping and put a clown doll next to my face. I woke up and the creepy killer clown thing was staring me in the face. I just stopped having nightmares about that. I don’t want to have to deal with them again, so Joe Doerksen gets my pick here. Actually he would have gotten it anyway, I like El Dirte and his nickname is fifty times better than Dollaway’s ‘The Doberman’.

This fight is going to be a banger. Two hard hitting scrappers that are going to give us a real show. This one could really go either way, I think Guillard might hit a little harder though and I like his obnoxious yellow hair. Plus I’ve got a friend who is in Melvin’s family and she had told me if I dare pick against Melvin, she will be sure to send me a pipebomb in the mail. I am not prepared to get blown up at this point in my life by a short, angry redheaded terrorist so I am giving it to Guillard.

Even though Sherk is known as the Muscle Shark, Dunham is the one that’s been on a serious killing streak and I see it continuing with Sherk being the next victim. I don’t think he’ll let Sherk keep him pressed up against the cage and will make him work.

The last couple of times Lytle has fought, I’ve picked his opponent. I’m not doing that this time. He’s the hometown favorite, he’s so good at lining his pockets with those extra “insert fight, submission or knockout here of the night ” bonuses, and he is going to be on a mission to get the win against Serra this time at the rematch between these two fighters. The two fought way back on TUF season four in a fight that wasn’t terribly exciting. Even though Serra has a good ground game, Lytle is no slouch himself. This one was really tough to pick, but I’m giving the advantage to Lytle.

We can not seem to escape the power of wrestlers lately. They seem to be taking over right now. Little Nog is a two-time Brazilian boxing champion from 2006 and 2007, but Bader has some heavy hands to go with his wrestling. Although Bader is a wrestler he’s not just lay and pray he will go in and bang a bit and then probably grind out on the ground. I’m going to say Bader this time. 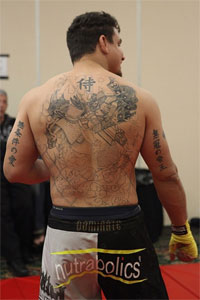 This is the most matter of fact fight ever. Both of these guys walked into weigh-ins as though they were getting ready to take a trip to the grocery store and not as though they were about to get into a cage and commit violent acts upon one another the very next day. They talked to Joe Rogan like they were reading him their grocery lists. Just another task to cross off the weekly to-do list for them. Although we know Cro Cop has kicks that would make your mom have to go pick out your casket if you got caught with one, he was rocked quite a few times in that last fight with Pat Barry. He managed to finish Barry, but we have to take note that Barry was fighting at that point with both a broken hand and foot.

Frank Mir is rocking his late 90’s pretty boy band hair as usual and was looking pretty ripped and confident on the scale. Plus he goes to sleep at night counting off all the ways he can beat Cro Cop. Frank has a way of making everything he says sounds so convincing. Like it is undoubtedly a scientific proven fact that you can look up on Wikipedia. Therefore, since Frank says he can beat the only man able to pull off ‘right foot hospital, left foot cemetery’ who am I to disagree?

All of you that managed to stay awake and watch Dream are probably napping right now and dreaming of the slick submission Mayhem put on Sakuraba that I did not get to see. When you wake up, you can check out Mitrione vs Beltran and Dollaway vs Doerksen free on Spike TV before the main PPV event — and make sure you follow the whole MiddleEasy crew on Twitter. We will be tweeting (twatting?) during the event.

When you make it into a Japanese comic book, it's a reason to celebrate
← Read Last Post 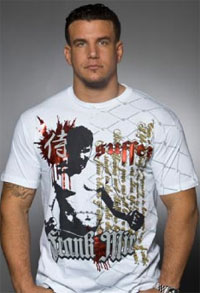