This definitely means Fedor Emelianenko is getting the corner office at UFC headquarters in Las Vegas. If the UFC is this close to signing Fedor, “The GOAT” will probably not just get his own office but his own wing at Zuffa HQ. In this “Fedor wing” there will a frozen yogurt machine and a closet full of Fedor approved sweaters.

Dana White likes to keep the UFC offices at a brisk 65 degrees on the AC thermostat, so Fedor will need his sweaters.

It looks like Dana White is now following Fedor on Instagram. The UFC president also shot Fedor a smiley face under a new post titled “Скоро” translated “soon” in English. Fedor is doing something soon and it looks like that something is signing with the UFC. The MMA Gods have come down from the mountain tops and inscribed the letters “U-F-C” on Fedor’s forehead while he slept. It has been written Fedor is joining forces with the UFC it appears. 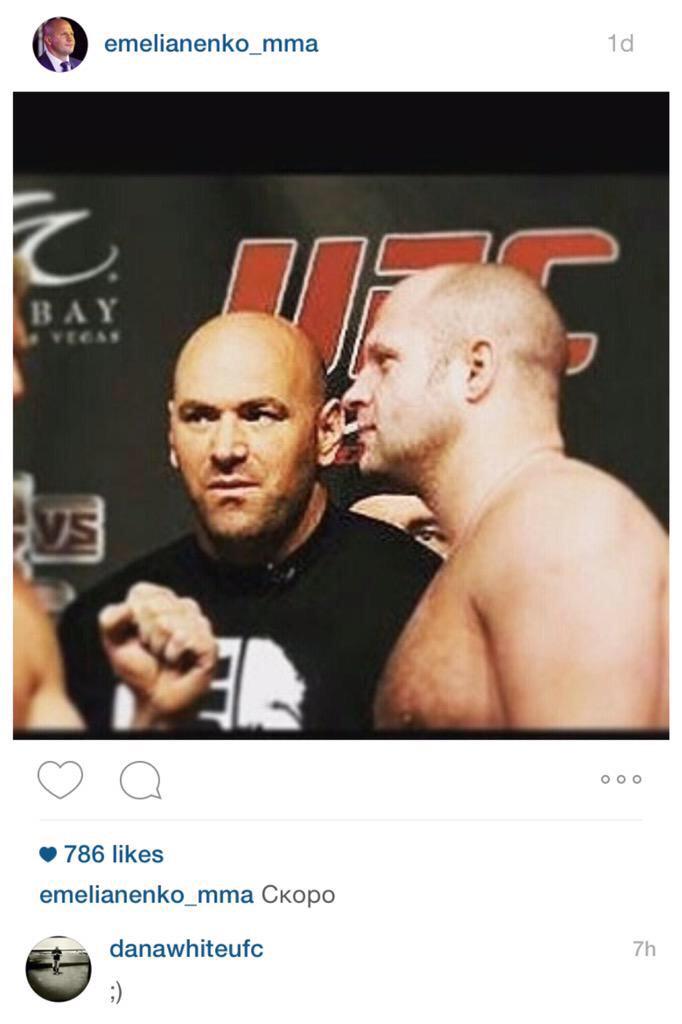