BJ Penn says rematch with Edgar will be in early August

On the Opie and Anthony show this morning, BJ Penn announced that his rematch with Frankie Edgar will happen sometime this August. According to BJ Penn, he wanted to fight a top contender in the lightweight division within six weeks, but the UFC insisted that he has an immediate rematch with Frankie Edgar due to the controversial decision. I’m still downloading the audio of this morning’s interview, but in the meantime, check out Frankie Edgar’s friend’s flipping out when Bruce Buffer announced that he was the new UFC lightweight champion. Got to love Jersey.

Update: Just transcribed the conversation BJ Penn had on Opie and Anthony this morning. At the end, BJ Penn says the rematch will happen in early August:

Two days ago I was just sitting there and I was like ‘Let’s give the UFC a call’, throw me in there with any top contender I want do this in the next six weeks. The UFC called us and said ‘No, we want a straight rematch. It was a controversial fight’. We actually landed more strikes, we did more things when they went in and looked at the compustrike or whatever and that’s the fight that they really want. They want to put us straight back in the ring against each other.

I think they want to shoot for somewhere around August. I wanted to get in the ring and be a little more active but what can I complain about? I’m going to get the belt back. 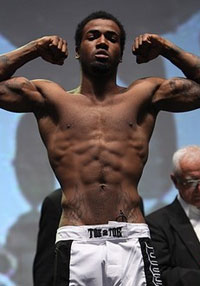