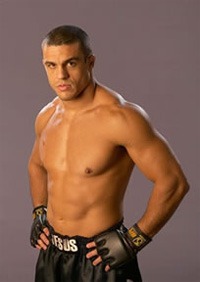 Oh wow. I thought tonight reached its maximum potential of rawesomite. Strikeforce Challengers jumping off tonight, K-1 going down this morning, ADCC going down tomorrow morning in Spain, friggin Klitschko going down tomorrow night…now the LA Times is reporting that Anderson Silva will defend his middleweight belt against Vitor Belfort January 2nd at UFC 108. The LA Times also told us that Fedor was signed to the UFC so don’t tip over any cars or start any riots just yet.

So as I was typing this, more news just came in my door, raided my kitchen and stole my bottle of Bud Light. Now the LA Times is reporting that both fighters have verbally agreed to fight in UFC 108. Wtf man. Maybe if I wait a little longer, the LA Times will tell me the meaning of life.

Nope. Apparently waiting for the LA Times to tell me the meaning of life is a waste of life. Damnit. I wish I would have known. Now my beer is warm. If the meaning of life was to not let your Bud Light achieve room temperature, then I have failed. [Source] 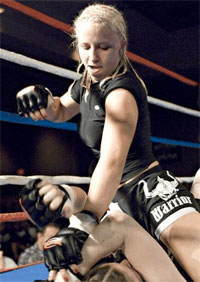