I have a large tattoo of the Wu-Tang Clan ‘W’ on my body and a Carl Sagan quote on my leg, so I can see how this entire feature can be drenched in hypocrisy. People always say that tattoos should be something you’re comfortable with for the rest of your life, however at the age of 92 that Deftones tat on your leg is probably the least of your concerns.

This morning a tattoo emerged on the internet of the full-color Ronda Rousey nude shoot she did for ESPN Magazine’s ‘The Body Issue.’ Initially we wanted to publish it on MiddleEay, but we knew we could easily dig up more than a handful of bizarre tattoos of MMA fighters people get inked on their body — so we did, and we made a list of it.

We’re not sure what the thrill is of getting another human face on your body, but perhaps someone in the comment section can break down the psychological process for us. If you ever wanted a tattoo of Ronda Rousey’s face on your body, this is how it will probably look. Enjoy.

A really pissed off Fedor Emelianenko

This tattoo is probably the most emotion we’ve ever seen from Fedor in the past two decades. We’re not sure why he has a mole on his right cheek or why he’s slightly salivating in this tattoo. Also, can anyone else see the Curly resemblance from The Three Stooges? 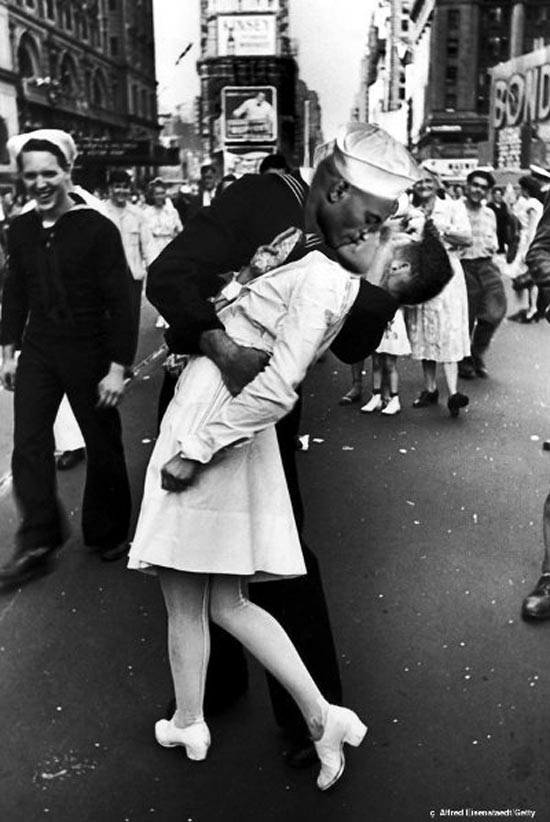 Forrest Griffin after a fight

I’m pretty sure photographer Paul Thatcher captured this iconic image after his first fight against Shogun Rua at UFC 76 in 2007. Sort of reminds me of some of the viral marketing we saw for Fight Club a few years ago.

This Fedor tattoo wants us to believe that he DNA has been spliced with some sort of ‘rainbow tsunami’ and this is the end result.

Although it’s not an actual tattoo of a fighter, it appears to be this person has decided to mark all the UFC events she’s attended by having their corresponding numbers permanently etched on her skin. It’s a good way to see how much cash you’ve dropped in ZUFFA’s pockets in your lifetime also.

I can’t be the only person that mistakenly has read Jon Jones’ chest tattoo as ‘Philippines’ and thought he was giving some elaborate shout-out to all the pinoys out there watching his fight. It’s actually ‘Philippians 4:13,’ a bible passage that states ‘ I can do all this through him who gives me strength.’ Who, exactly? Maybe it’s this guy.

Kimbo Slice is the type of guy you would expect to fight in someone’s backyard with a broken satellite dish in the corner. Back when he was on TUF 10, Kimbo Slice had a very philosophical moment in which he repeatedly said ‘the enemy is the inner-me.’ We know it was deep, which is probably why this guy got a tattoo of Kimbo Slice — we think.

The only reason to get a picture of Kimbo Slice with the words ‘friends with Kimbo Slice’ underneath it is to prevent someone from mugging you in a dark alley, or inviting someone to easily double-leg you to the ground.

Apparently this guy got this tattoo of Kimbo Slice praying to the imaginary shoulder gods to actually cover-up two tattoos on his arm. Good choice, dude — and good luck covering up that tattoo when the time comes.

This is what we imagine Santa Claus to look like if he ditched the silly red hat for a form-fitting do-rag. Wait, is that a cartoon of Seth Petruzelli trying to knock out Kimbo? This guy…

As of July 29th 2013, this tattoo of GSP holding the UFC welterweight belt is still valid. According to the curse of the UFC poster, he’s the next champion to lose his title so it will be interesting to see what type of alterations this guy will do when that time comes. 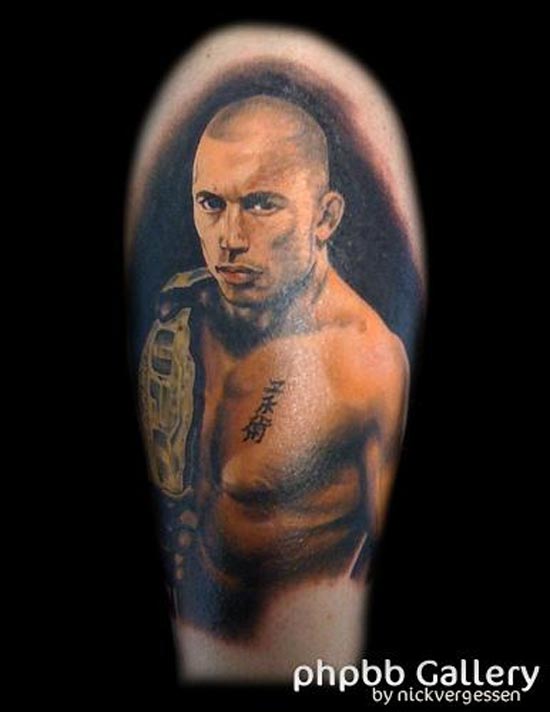 Maybe it was just cold the day this guy took this picture of his freshly inked Ronda Rousey tattoo, but all of the bumps in her face makes her appear to be some type of aquatic reptilian hybrid. Also, it appears Rousey’s left breast is missing for some odd reason. 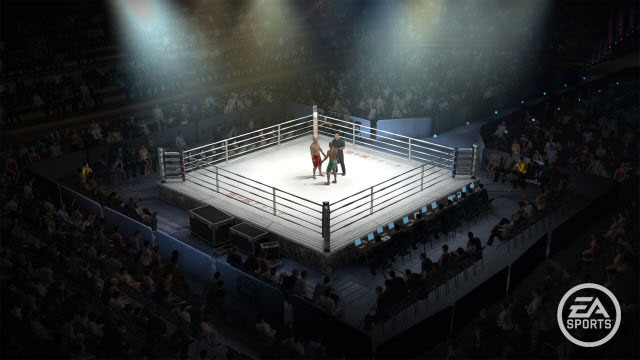 LayzieTheSavage is a self-admitted Nick Diaz fan, but he’s never stocked up on permanent ink and finely-tuned needles in order to reproduce Nick Diaz submitting Takanori Gomi in Pride 33. Leave that to 2000dwrecked, otherwise known as the greatest Nick Diaz fanboy in the history of fanboys. Sorry LayzieTheSavage, but your fanboy card has officially been revoked.