The ex-kickboxing champion-turned internet sensation has issued out a message for his fans.

Andrew Tate has issued a new message amidst his current confinement in Romanian custody. Tate was arrested late last month after allegations of involvement in human trafficking. Furthermore, he’s also being investigated for involvement in an alleged crime ring.

Tate rose to fame in recent years on social media with his controversial statement on a variety of topics, more so women and how they’re treated in today’s society. His comments have garnered a ton of backlash for the ex-kickboxing champion, with some going as far as labeling him a misogynist.

Tate was arrested alongside his younger brother, Tristan, as well as two other unidentified men. They are currently being held by Romanian authorities on a 30-day detention. The Tates recently filed an appeal to be freed, however, the request was denied.

Soon after, Tate took to Twitter to issue a message to his fans amidst the lost appeal, referencing his newfound Islamic faith.

When Allah said ‘I test only those I love.’ I took the pain like it was an honour – Abu Hurayrah

When Allah said ‘I test only those I love.’ I took the pain like it was an honour – Abu Hurayrah

This isn’t the first time Andrew Tate and his brother have been alleged of human trafficking involvement. Back in April, Tate’s Romanian home was raided after allegations of holding a US citizen captive, however, they were later proven innocent.

Despite being held in Romanian detention, Tate has been relatively active on Twitter. He has found the time to continue to take shots at rival Logan Paul amidst the YouTube star’s controversy surrounding his failed CryptoZoo project.

You are the Matrix. You are an Agent.

But the Matrix is cracking.

And now you will pay the price. https://t.co/OKp2ygWgny

Even in Romanian Prison they talk about Logan Paul being a scammer.

As it stands, Tate’s current 30-day detention can be extended up to 180 days if deemed necessary under Romanian law. 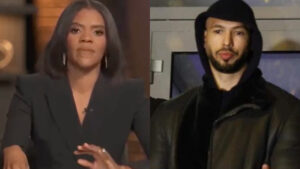 Candace Owens Defends Andrew Tate After Arrest, Likens Him to Hugh Hefner & Claims Charges Were Made Up 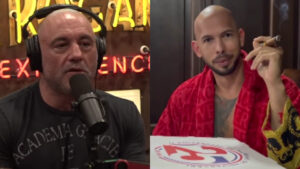 Joe Rogan Wants to See Andrew Tate Exonerated Following Arrest: ‘I Hope He Gets the F*ck Out of Romania’ 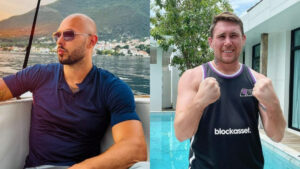 Darren Till Appears To Be Supporting Andrew Tate Amidst His Arrest 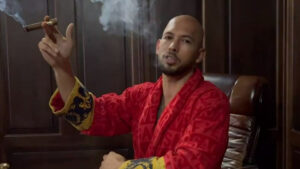 Andrew Tate Predicted His Arrest Before Being Detained In Romania 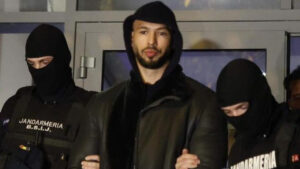