Sage Northcutt is one of the youngest fighters ever to sign the UFC. Sage is an undefeated kickboxer with the score of 15-0.

Sage Northcutt is a very explosive and attractive fighter. Super started competing in amateur fights when he was only 17 years old, earning a score 5-1. Sage is known for great and attractive strikes, especially kicks. He is an athletic freak who celebrates every victory with a backflip, somersault or some other attractive movement.

In the stand-up, Sage Northcutt can do almost every leg technique. His favorite ones are side kick to the leg or body, high roundhouse kick, spinning heel kick, and wheel kick. He is known for lightning-fast punches and excellent ground game. He has excellent double leg takedown.

Sage Northcutt had his MMA debut on April 20, 2014, in Legacy FC 37 event, and he defeated Tim Lashley via wheel kick and punches after only 0:27 in the first round. This was the fastest victory of his career. Super was only 18 years, one month, and 20 days old.

Sage won his next four fights in smaller promotions, with two TKO victories and two submission victories. He signed for the UFC with the perfect score of 5-0. 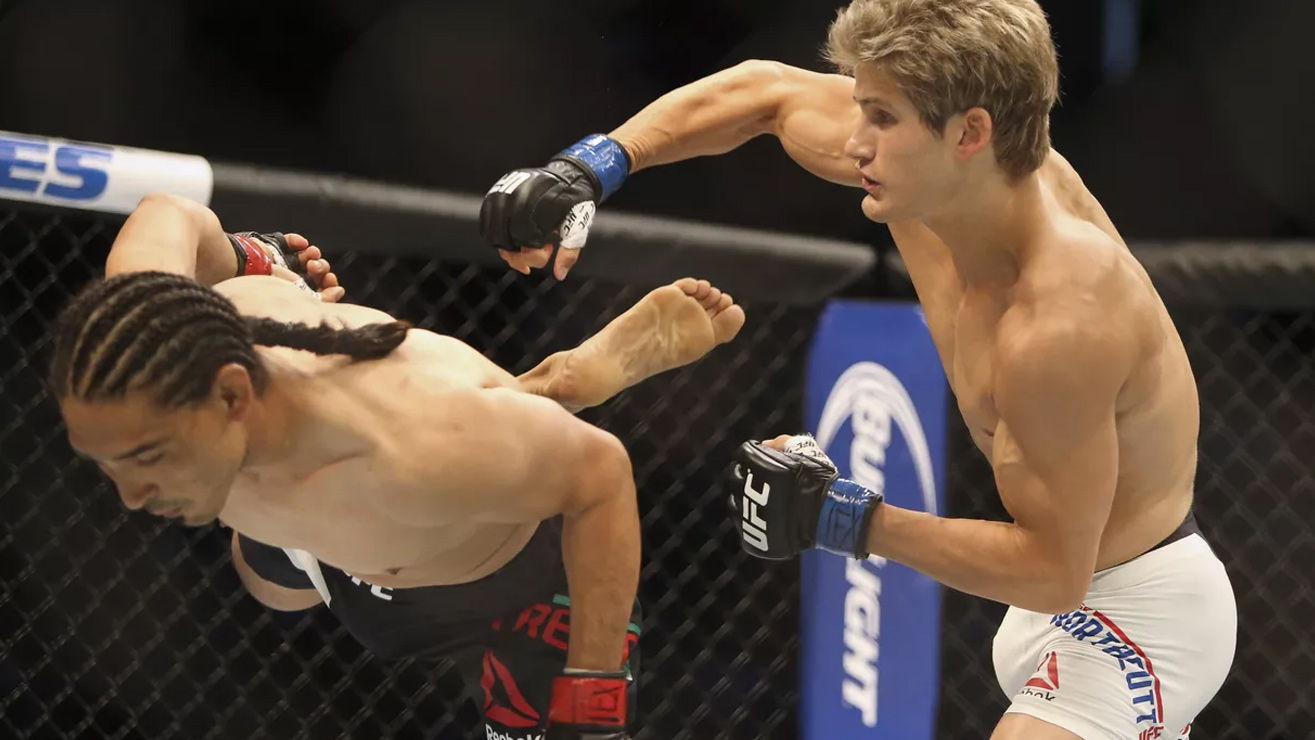 In the next fight, Sage Northcutt defeated Cody Pfister at UFC Fight Night 80 on December 10, 2015, via tremendous guillotine choke in the second round. 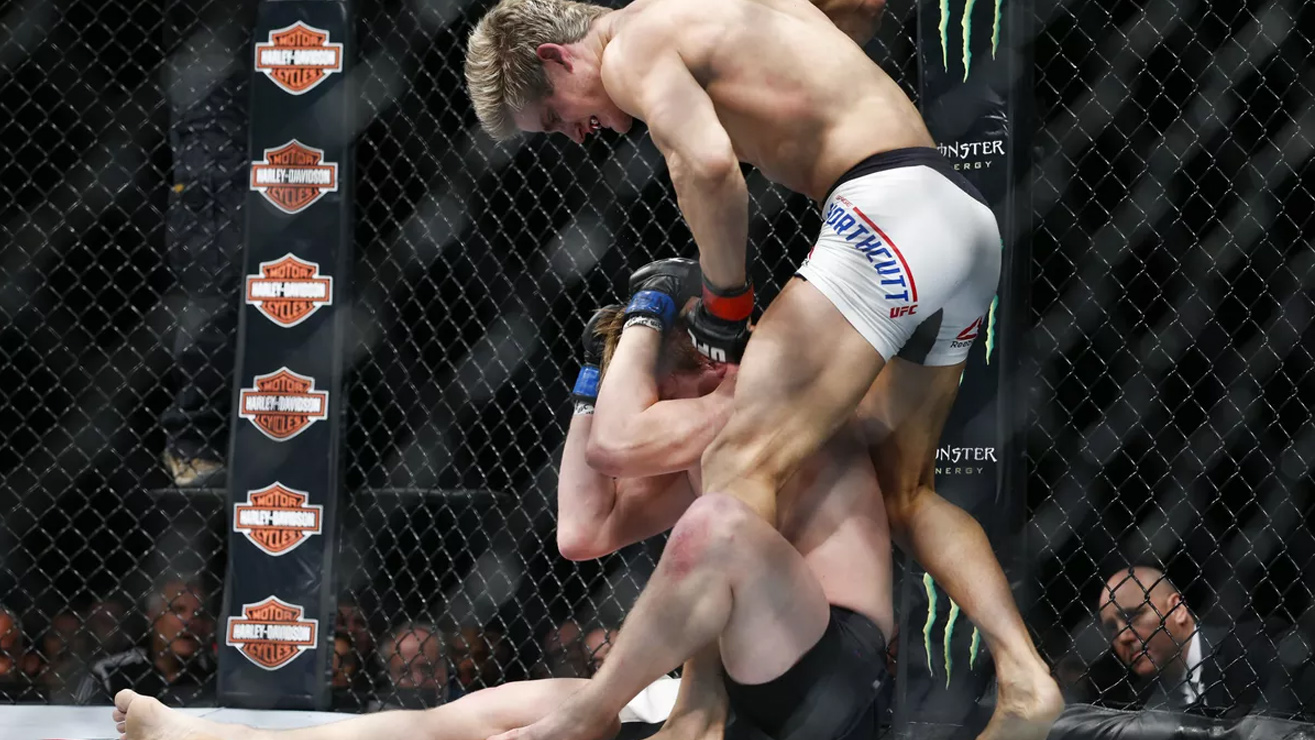 Sage Northcutt had his Welterweight debut at UFC On Fox 18 against Bryan Barberena on January 30, 2016, in Newark, New Jersey. Barberena won the fight via arm-triangle choke in the second round. After the fight, Bryan Barberena decided to counter Northcutt’s backflip celebration, performing the front roll. 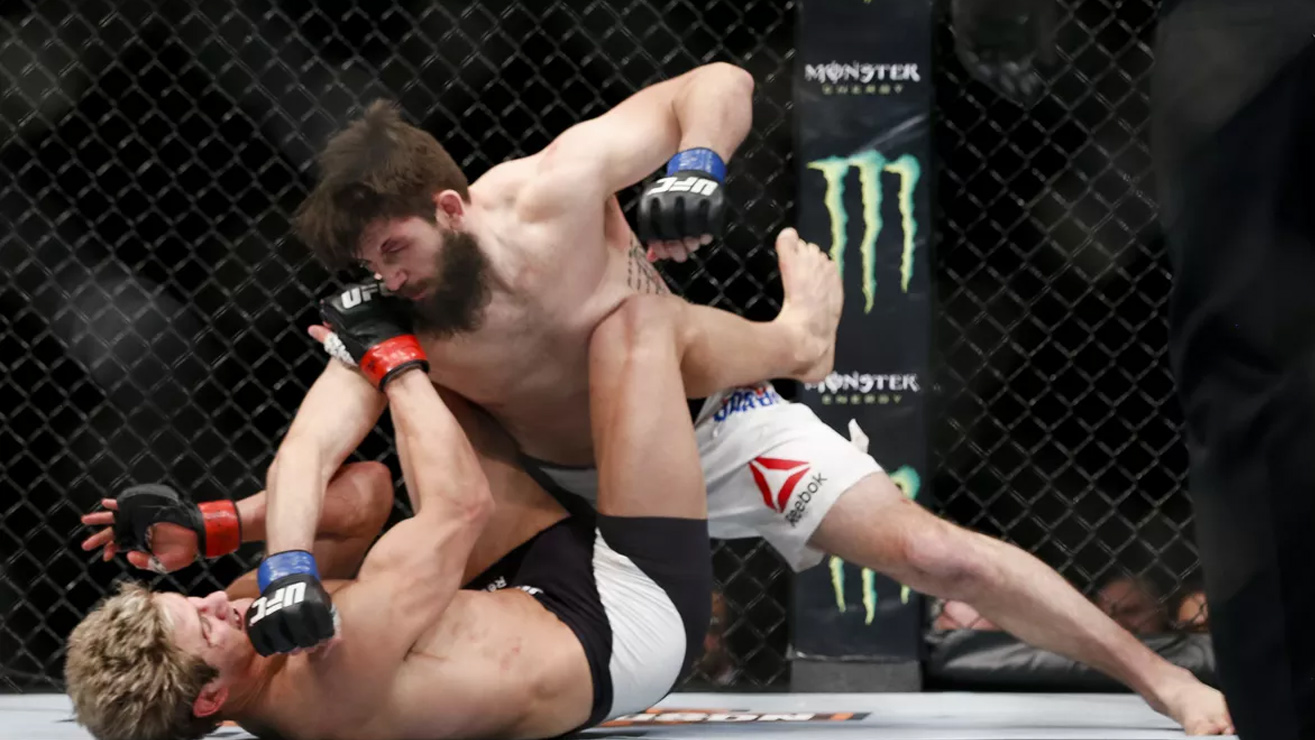 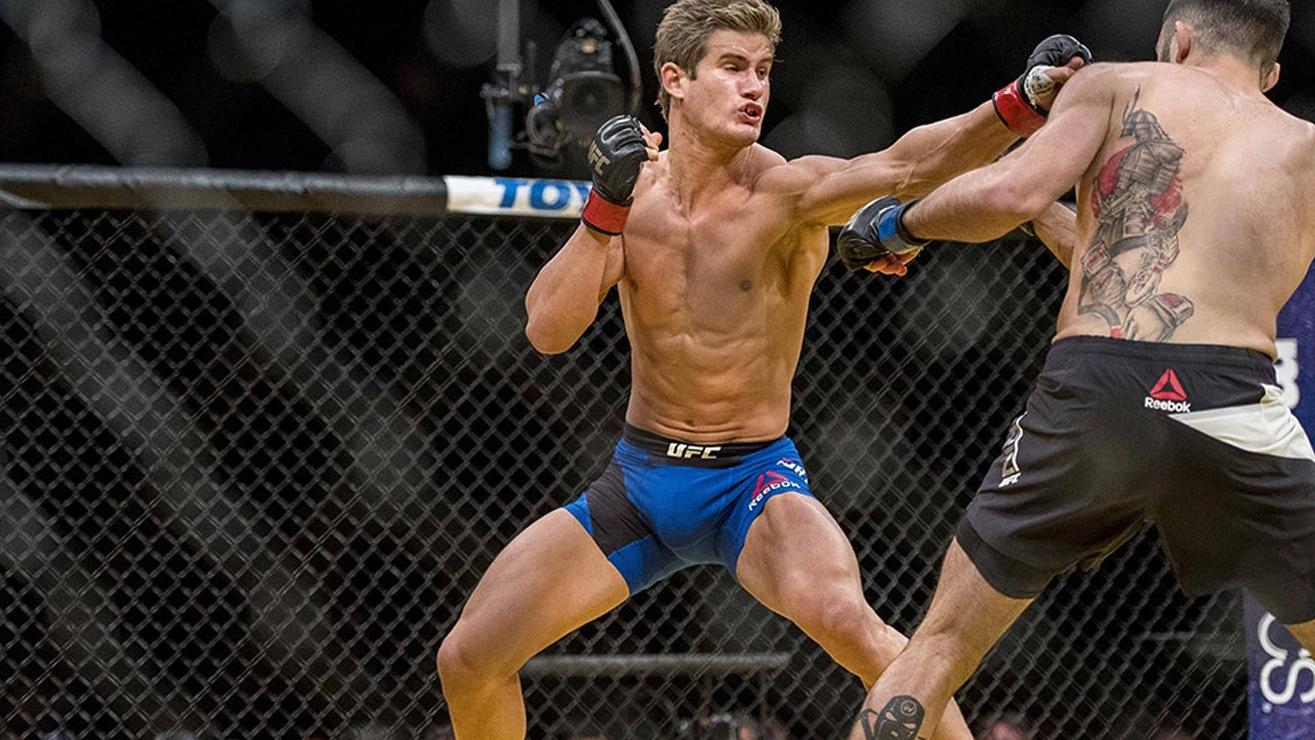 Sage Northcutt competed in Welterweight again against Mickey Gall. The two faced at UFC On Fox 22, on December 17, 2016, in Sacramento, California. Mickey Gall won the fight via rear-naked choke. This was the first time Northcutt fought in the co-main event of the evening. 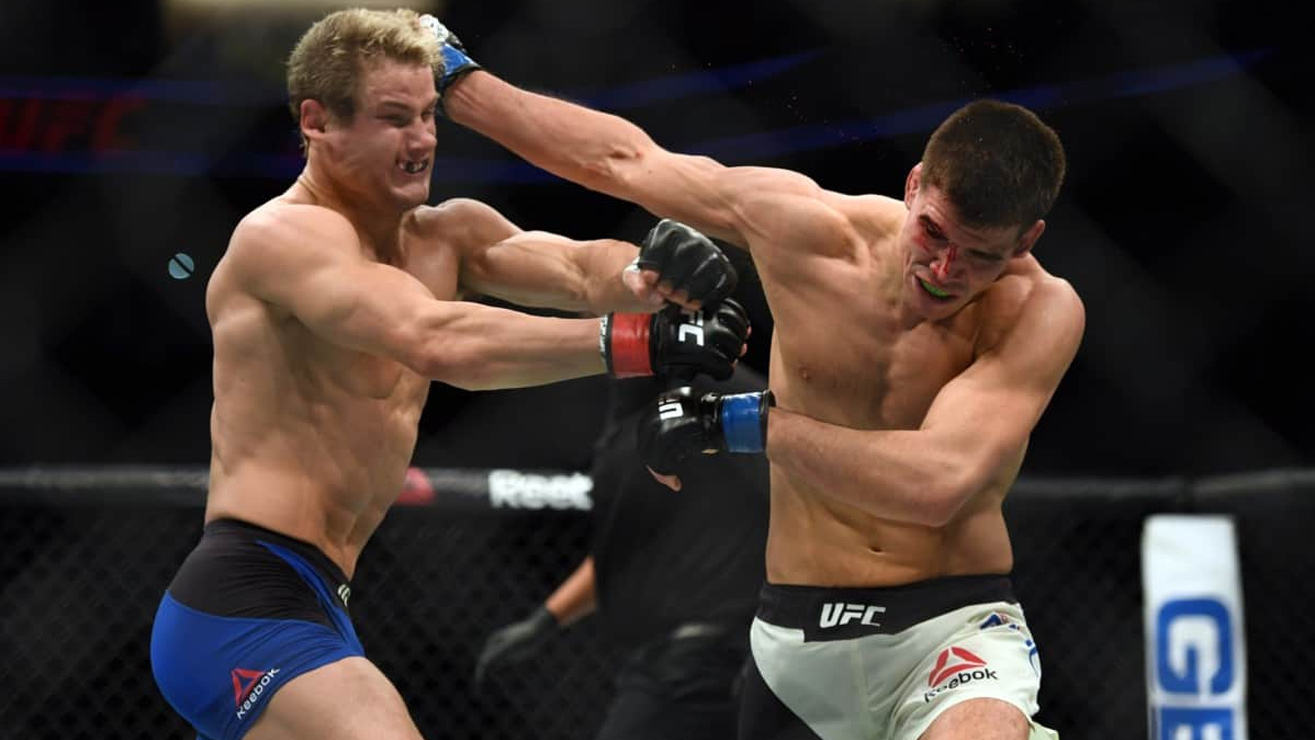 We have seen different Sage in this fight – after the successful takedown from Mickey Gall in the first round, Northcutt stood up and taunted Gall as soon as he got back on his feet.

In the next fight, Sage returned to Lightweight defeated Michel Quinones at UFC Fight Night 120, on November 11, 2017, via unanimous decision. 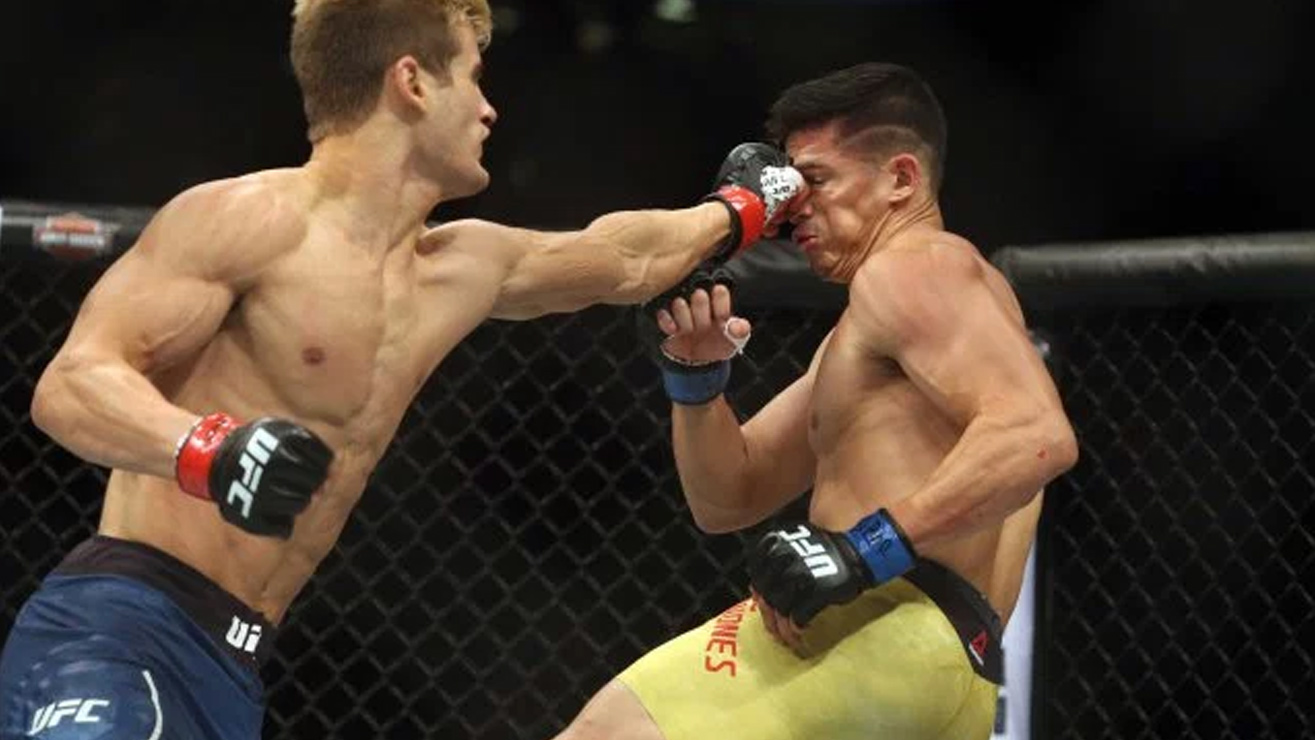 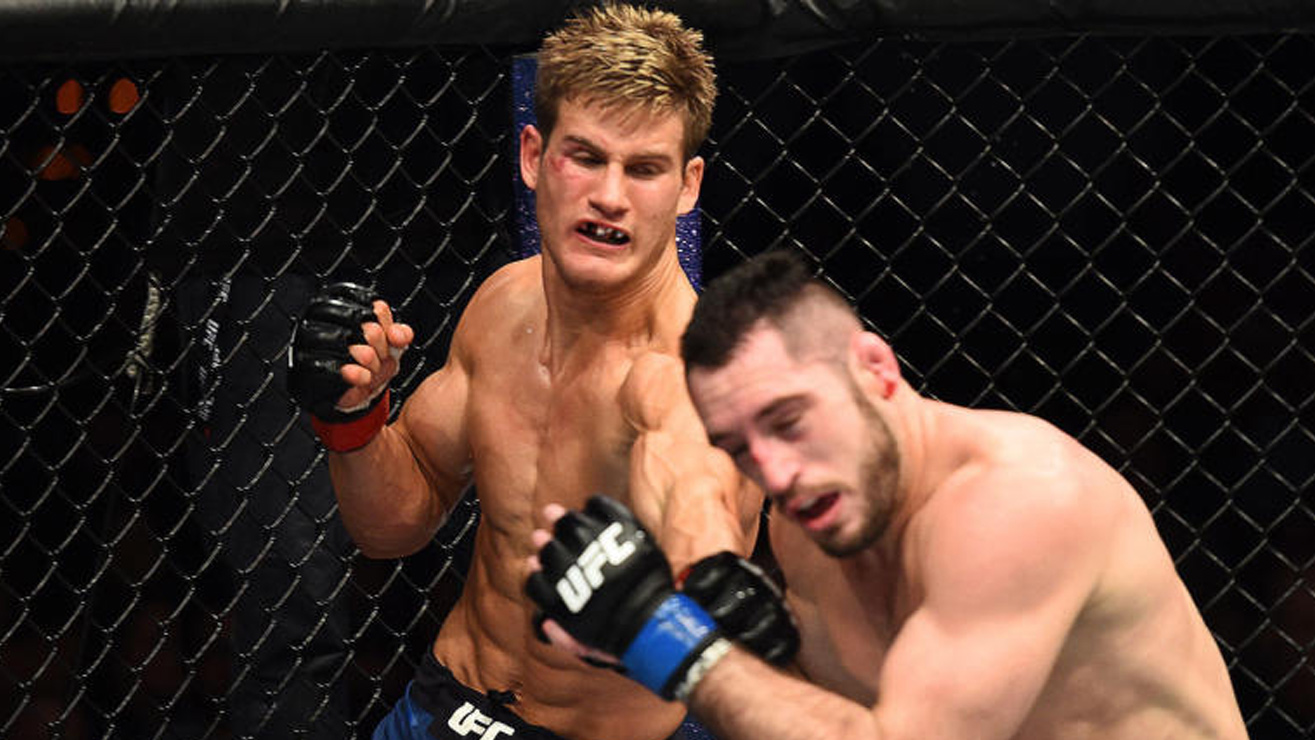 Super claims he will not compete in Lightweight anymore, and the weight cut has more shortcomings than advantages. We will see who will be his next opponent. This young fighter has a very prospective future.

Sage Northcutt was dating Bella Thorne, but the couple broke up. He’s a Christian.