In her opinion, Liz Carmouche believes referee Mike Beltran saved Juliana Velsaquez from a much worse fate during the Bellator 278 title fight.

Liz Carmouche won the women’s flyweight title with a fourth-round TKO over Juliana Velasquez (12-1 MMA, 7-1 BMMA) in the main event in Honolulu, but the finish occurred after what many believe was an earlier stoppage by referee Mike Beltran.

During the first four rounds, there was some close competition. Although Carmouche found success early with her leg kicks, Velasquez excelled at boxing. Two punches from Velasquez knocked Carmouche to the ground.

The momentum shifted slightly toward Carmouche as the bout entered the championship rounds, and she heated things up on the ground. Carmouche, now in a crucifix position, took aim at Velasquez’s head with short punches.

Clearly and audibly, Velasquez and her team were upset with how referee Mike Beltran handled the situation.

Your new flyweight champ is @IAmGirlRilla!

Liz gets it done tonight with a hard-fought win at #Bellator278. pic.twitter.com/u7c4p4NK5V

‘He did the right thing,’ Liz Carmouche says in regard to the controversial Bellator 278 title bout stoppage.

“I think he stepped in at the right time,” Liz Carmouche said during the post-fight press conference.

“I think if he’d let it continue, it could’ve been a broken orbital, it could’ve been her going unconscious. I think that when he stepped in, it was the right thing to do to protect the fighter, because she wasn’t doing anything to correctly advance her position safely, and she wasn’t doing anything to defend it, so she just kept taking it. Ending a fight that way, I’d much rather see the fighter step up and us be able to shake hands rather than her go to the hospital and not be able to remember what happened. So I think he did the right thing.”

“I hope not,” Carmouche said. “I get kind of bored with rematches. I like to see something different and kind of change it up. I love an opportunity to let someone else in the division work their way up and see what else I can show off in the cage.”

No matter how controversial Carmouche’s victory is, it’s her first major promotional title win. She had tried once with Strikeforce, and twice with UFC, but failed both times. Nonetheless, her fourth attempt resulted in her first career championship, which she made the most of. Carmouche is rightfully proud of that moment, however.

“I feel like all those opportunities were just lessons. They were mistakes and things I had to take away from it so I’d be prepared for today in Bellator, not any of the other organizations.”

In reaction to Carmouche’s Bellator 278 title win, the MMA community was outraged, and you can see the top reactions below.

Mike Beltran should never be allowed to referee a fight again! First he took away my title and now he takes away Juliana's title. He should be held accountable! @BellatorMMA #Bellator278

Not a good stoppage. #Bellator278

Not a good stoppage. #Bellator278

What the fuck was that???? Why the hell…. why the hell did Beltran just stop that fight? #Bellator278

That stoppage was like the first time I had sex…came way too early. #Bellator

Even sweeter she won the title during our Fight for the Troops event! #Bellator278 pic.twitter.com/TQLgr9rUT3

WOW. At first glance, that is the worst stoppage in recent memory, given the stakes and the tenor of the fight. #Bellator278

Whoa Liz Carmouche by ref stoppage in R4. Carmouche wins the Bellator flyweight title. Was not a good call to end it then by Mike Beltran. Velasquez wasn't given a chance to work her way out of a tough spot late in the round.

That said, I also sprinkled on Carmouche by dec at one house, so you can still accuse me of being biased

Either way, happy for Liz to get her moment and happy to cash my Carmouche bet. Hope they rematch. #Bellator278 pic.twitter.com/tCPpvM8XAZ

Also, the classification of that stoppage as a "KO" rather than the weak TKO that it was is just sad. #Bellator278

Hmmm… I wanted Liz to win, but think they’re gonna need to run that one back. Odd stoppage 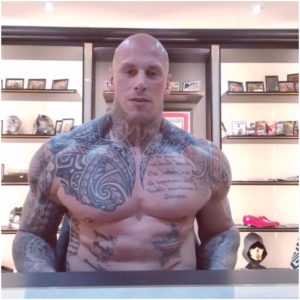 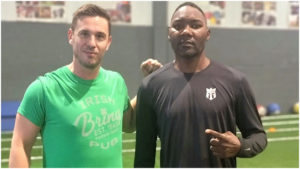