Jury is in blue gloves and black trunks. Red gloves and white trunks for Taekwondo/BJJ black belt Benson Henderson. The referee in charge of this intriguing contest is Dan Miragliotta. Here we go!

Benson Henderson switches the stances, trying to confuse his foe. Leg kicks on both sides, and it seems Myles feels the distance better. He defends well with his right hand, which remains tucked to his chin. Henderson is aiming with his left leg but no success so far.

Benson moves like a cat and Jury has a hard time shortening the distance and landing punches at the moment. Body shot Henderson. “Smooth” checks a leg kick and fires back with another body blow. Knee kick Henderson, and now a kick to the leg again!

Leg kick Henderson, it seems it made “Fury” angry, he attacks with a combo.

Spin kick Henderson, it hits to the chin. Jury caught a body kick, but he lets the opponent go. Jury changes stances and shifts his weight to the left leg.

1-2 combo followed by a kick Henderson. And another kick. Three or four big blows for Henderson, but Jury defends well. Henderson definitively outpoints his rival in this round. Jury lands a jumping right, but Henderson fires back with a big left. Great work by Benson Henderson, more clean strikes and excellent movement, 10-9 Henderson.

Jury looks completely helpless against Benson Henderson’s striking. Benson is faster and his shots land clean over and over. He’s finding the range with style and hurting his opponent over and over.

Everything hits the mark for Henderson – overhands, leg kicks, body kicks, Jury defends but there are no countershots at all. Henderson even slipped on a leg kick and Jury was unable to counter him and secure the full guard on the ground!

Henderson is back on his feet to rock Myles Jury with a great strike. Big overhand lands and Henderson checks a leg kick. Dominant round for Benson Henderson. 10-9 Henderson no doubt. 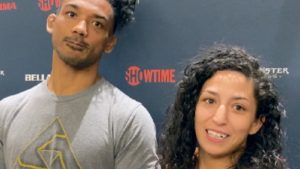 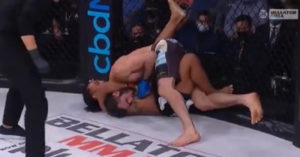 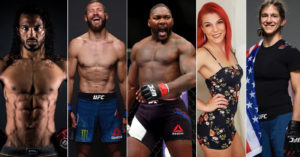 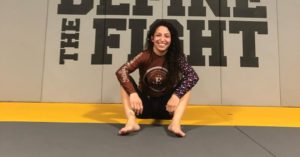 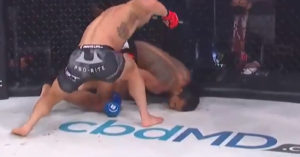