Throwback: Anyone who watched UFC 121 saw evolution taking place. Judging from Dana White’s post-fight moping and “every dog has his day” melancholy,  White will remember this as a day when Cain Velasquez’s absolute dismantle the “Baddest Man on the Planet,” Brock Lesnar, and brought Dana White kicking and screaming into the future of MMA. 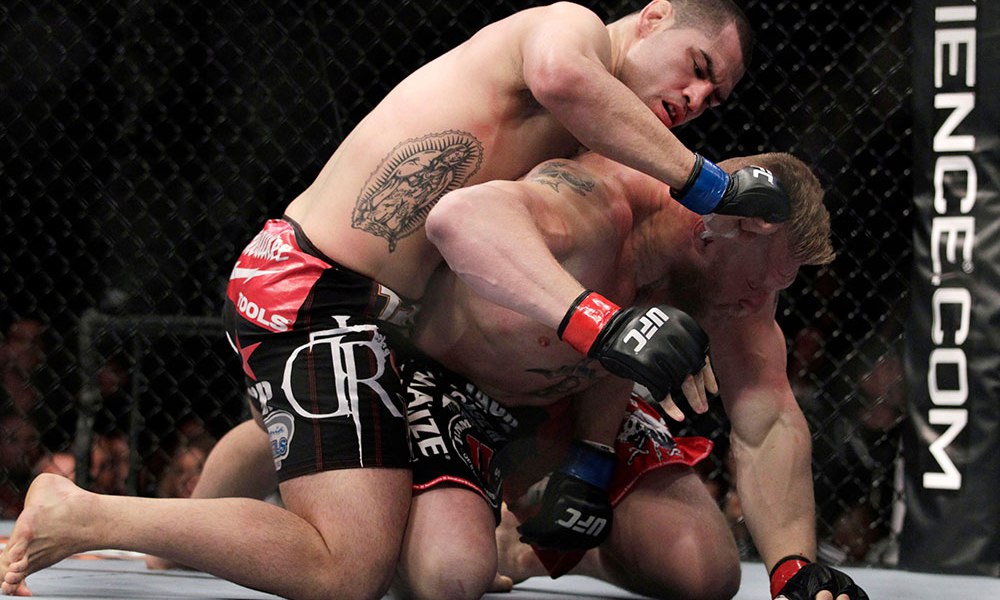 Velasquez is one of the most dominant fighters in MMA when he’s healthy, a fact that was first established when the brutalizing wrestler first won the belt with his legendary first round finish of popular former champ Brock Lesnar at UFC 121 way back in October 2010.

In the most epic fight, heavyweight champion Brock Lesnar comes flying out of the traps swinging, but Velasquez is a tricky man to pin to the canvas. A slippery character quickly turns the tables on the champ and then the fight really kicks off. It only lasts one round, but wow! What a round…

This is MMA at its very best. Check out the video below:

Watch: Chuck Liddell, Steve-O compare getting knocked out to time travel and the science checks out
← Read Last Post