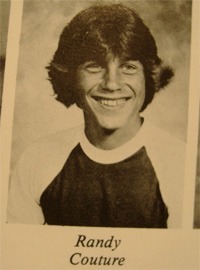 Randy Couture is the story of a man that met a hot girl, made that girl into a hot wife and then divorced that hot wife…and that hot wife refuses give up his last name. Regardless, Randy Couture is MMA and without his father having unprotected sex with his mother forty-six years ago…MMA would just be another backyard sport people would have bootlegged videotapes of. Couture has the most impressive fight resume in MMA with most of those bouts coming within the heavyweight division (I did the math…granted, I nearly failed 6th grade Algebra). Now The Natural is probably going to drop down to 205, here is what he told Loretta Hunt of Sherdog:

“Maybe this year, or maybe the first of next year…I haven’t really looked at the cards and the shows that they have. What’s on the schedule, I don’t know, but I’m especially leaning towards dropping down. I’m pushing in weight. It would be easy for me to make 205 and there’s more interesting fights there right now.”

Randy Couture’s ex-wife is hot. I’m not sure if I mentioned that. With Couture dropping to LHW and Jon ‘Bones’ Jones signing a four-fight contract, the UFC is pretty much the mecca for anyone at 205. Well, anyone at 205 that is super-humanly sick at their craft. [Source]