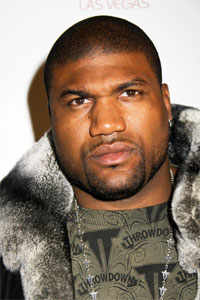 Whenever Rampage tweets “I’ve posted a new blog. Read it at www.rampage-jackson.com“, it’s automatically a half-day worth news. Rampage completely rags on his former fighting organization and says he doesn’t give a [expletive] about TUF or UFC. Actually, there’s a lot of [expletive]’s in Rampage’s blog post so for accuracy purposes, I’m going to leave them in.

I was watching the fight this weekend with the director of the A Team movie, the movie crew & a couple of actors & I never been ashamed to be a part of MMA till now. The UFC looked like assholes this weekend. The main event was boring. I anticipated that because let’s be real.. Machida is a boring fighter. But Shogun getting robbed like that was pretty cut throat. Then you hear Joe Rogan say you “you have to beat the champ to be a champ.” & that made me think the UFC are full of shit! Not to be whiny here but I still don’t feel like I’ve been beat in the UFC.. but I’m not champ anymore. If the UFC gives Shogun an immediate rematch because of the controversial loss then that would validate everything I have said about the UFC in my recent posts & why I’m pissed at the UFC. But yet he deserves one & so have I deserved one against Forrest.

The reason why I was ashamed of the UFC is because some people around me were saying that the UFC is becoming corrupt like boxing & asked me is that stuff real? Most of the people from the A Team movie were just watching it because I was watching it & they don’t know much about MMA & were starting to get into it but last night they didn’t have anything good to say about my sport. So I was so ashamed.

One good thing came out of the fight last night. Rashad looked more like a bitch. If he would have just tried to fight Machida instead of just nutting up he probably could have done better. I saw every last one of Machida’s weaknesses this last weekend. No wonder TUF is editing Rahsad to try to make him look good cause they need all their fighters to sell tickets. They never should have tried to make me look bad cause I’m the wrong person to pull that type of crap with. Cause I don’t give a fuck about the TUF show or about the UFC. There’s not another fighter on this planet that can do what I do & they know it. I don’t need them. All they did was fucken piss me off. & any fighter on my team who says they lost a fight because of my coaching can fucken kiss my ass & say that shit to my face. It’s very easy to point the fingers when you lose. But I can’t get into the cage & fight for ya’ll. I can only fight for myself. & for all you UFC & TUF fans out there, here’s a big announcement…. IT’S A DAMN TV SHOW! With how much footage they got & how much editing they did, they can make anyone look the way they want. This is my last time blogging about this damn TUF show. Just because I don’t go into the cage when a fighter loses & cry all over him & hug on him makes me a bad person? I have many reasons why I don’t go into the cage cause when I’m pissed I make bad decisions. So you guys say whatever you want to say about me, all the crap you want about Rampage, but one thing I’m gonna tell you is that Rampage is real & straight up Rashad is fake as hell. When I was coaching the show, I forgot that Rashad won the first heavyweight TUF show. I didn’t think about the outcome or editing of the TUF show & them promoting their own. I don’t see nothing wrong with that but don’t do it on another guy’s expense.

The UFC needs to get some new judges before I even think about coming back. I want the hardcore fans to go back & watch all the fights that you thought was kinda shady with the judges in the UFC & TUF & write down the names of the judges so you guys can complain & have a voice. Do your homework. This sport wouldn’t be what it is without the fans. Its hard for me to believe that the UFC is so successful & has over 100 shows & can’t tell who wins a fight. How is it that they can’t tell who wins a fight on an important title fight? Me doing TUF 10 & seeing how they edited it now & seeing how Wes Shivers lost his fight is making me very skeptical about the UFC. Note to TUF: Anybody involved in making the TUF show do me a big favor… Don’t look at me cause you’re fake. Don’t talk to me cause you’re fake. Don’t even think about me cause you’re fake. & if you do you might just get cussed the fuck out. 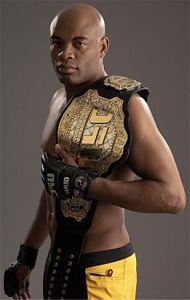