Lucio Linhares signs with the UFC and replaces Sakara 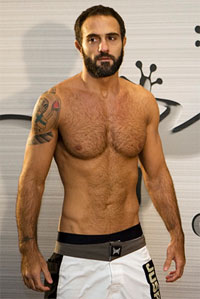 Some of you may remember Lucio Linhares brawl at M-1 Global: Breakthrough where it took exactly one minute to put Mikhail Zayats in a rear-naked choke. Besides the Fedor/Mousasi exhibition match and a friggin space ship on the undercard, it was the fight of the night. Actually Linhares last five fights have all ended in the first round and he’s even fought in something called Fight Festivals. If I got an invite to something called ‘Fight Festivals’ I would find the nearest paper shredder and pretend that invitation never existed. A Fight Festival can only end in a black-eye and someone’s feelings being hurt. A Fight Festival is what they should have called my last three family reunions.

Due to some passport problems, Alessio Sakara had to drop out of his TUF 10 finale match and has now been replaced with Lucio Linhares. Besides being an extra in the movie 300, dude has his black-belt in BJJ with nearly half of his wins coming via submission. Look for a lot of drunk fans to yell ‘This is Sparta!‘ directly into Linhares’ face when he makes his UFC debut against Rousimar Palhare in the near future. [Source] 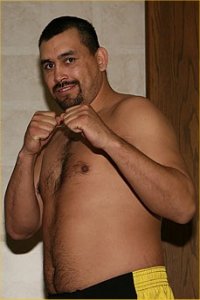 Buentello vs. Duffee is now official, going down at UFC 107
← Read Last Post 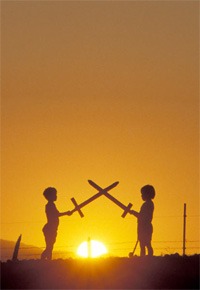