Lesnar scaring everyone while he trains for Carwin

After comparing Cro Cop’s defeat on Saturday night to Doomsday killing Superman, I got sucked into reading exactly how much of a hard-ass Doomsday really is. After he killed Superman, a Superman/Cyborg hybrid strapped Doomsday to an asteroid and shot him into space at a trajectory that would never intersect any other planet. Some mercenaries found him and tried to make a quick buck off Doomsday. Instead, Doomsdays killed everyone on the ship and kept flying to Apokolips, home of like Superman’s arch-nemesis ‘Darkseid’. Normally, you would think an entire planet could stop one dude. Doomsday not only defeated Darkseid, but just started causing ruckus on the planet. After Superman was somehow magically resurrected, he tried to bang against Doomsday again. He knew that he couldn’t defeat him so he used a time-warping device to send Doomsday to the end of time. Yeah, the only thing that could stop Doomsday was entropy. That’s deep.

Unfortuantely, Superman never heard of Brock Lesnar. Check out Brock doing what he does best…scaring little kids into never missing the school bus in the morning. [Source] 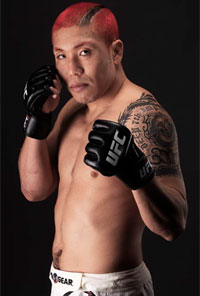 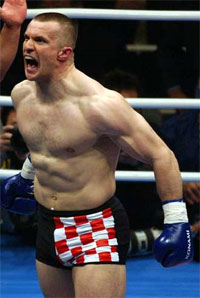