GSP wants to wrestle at the 2012 Olympics

If you can party like GSP, then you’ve probably been sent to the emergency room more than once. The night after his UFC 100 win over Thiago Alves, dude admitted that he got so drunk that he forgot his whole name. I thought we had a crew drinking in Vegas. During the UFC 100 weekend, I drank so much that I forgot that I left my only credit card at Little Darling’s with a stripper named ‘Natasha’. Only leave your credit card at a strip club if you want a good reason to cancel it. A credit card at a strip club is a donation. Check out what GSP had to say about his 2010 Olympic aspirations at the UFC 105 Fight Club in Manchester:

“There is a big difference in me saying, ‘I want to go to the Olympic games,’ and actually going to the Olympic games. It is very hard … you have to pass through a bunch of obstacles before you get there…I’m a mixed martial artist. I like to compete not only in the sport of MMA, but I like the single sports [themselves]. I love wrestling, I love boxing … for me, I love every single [discipline] of the sport. That is why I consider myself a mixed martial artist…It’s tough. It wouldn’t be easy, but maybe we’ll see what is going to happen in London.”

Dana seems to be cool with it also (since he pretty much cleared an entire division in UFC).

“I think it would be great if he won a medal. Guys that are under contract, they come to us and we sit down and we figure things out. Listen, the thing is if you’re under contract with me, (it) doesn’t mean I don’t want you doing anything else in your life.”

Hollywood, some guy I met at Arby’s and the Mayan Calendar tells me the world is going to end on 2012 in spectacular fashion. Hopefully GSP can snatch a gold before then. The apocalypse should wait until the end of GSP’s after-party. [Source] 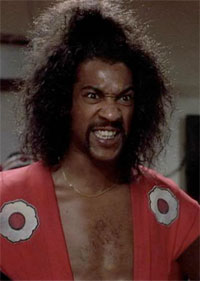 Win a role in a Lionsgate MMA movie by pretending you can fight
← Read Last Post
UFC 105 comes on TONIGHT...and today
Read Next Post →
Click here to cancel reply.