GSP vs. Hardy is officially…official

Looks like Dan Hardy has been training with Miss Cleo. Recipient of the 2009 award for best mouth-guard, Dan Hardy revealed to Nottingham.co.uk that he is in fact a pioneering time traveler. Despite Mike Swick and Dan Hardy having ‘pleasant conversations’, it didn’t save Swick from the beating that he just gave him. Hardy predicted it last month, no one believed him, but now he has the title shot to prove it.

Throughout the fight, Hardy rocked Swick on multiple occasions but it seemed like he tried to attempt the impossible: taking Mike Swick to the ground. Despite exerting a large portion of his effort to throw Swick on his back, the fight was a complete stand-up war. The ‘slug-fest’ switch was turned on in the third round and both fighters just threw their hands in the air…like they just didn’t care. Hardy got the better of every exchange and he pulled the UD. After the fight, GSP jumped in the cage, grabbed the mic and congratulated him on his win in French-Canadian English.

Our reporter interviewed Dan Hardy and despite the fact that he’s unlocked the mystery of time travel without letting us know, he seems like a pretty chill guy 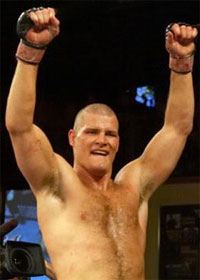 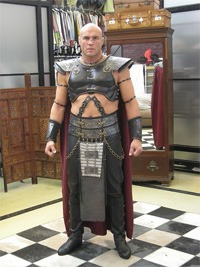