Ben Rothwell says he was robbed at UFC 104 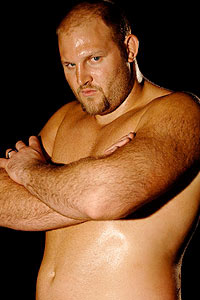 Ben Rothwell wants you to get Steve Mazzagatti’s license plate because dude feels like he was robbed. We all know how Brock Lesnar feels about Mazzagatti (and that door he crushed) as well as Dana White’s feelings on him. Steve Mazzagatti can’t get a break and now Big Ben will no longer include Mazzagatti on his Christmas card list. In this interview with CageReport, Rothwell says that his UFC debut was stopped entirely too short and those punches Cain were throwing at him…they didn’t hurt. Not at all.

“So what he was punching me, big deal, isn’t that what happens in a fight? The reality of the situation is that I was using the cage to get to my feet and which I basically did and then for some reason Steve [Mazzagatti] decides to step in. Honestly, I couldn’t believe it. I mean if the punches had some force behind them I could understand it but those were like soft jabs that didn’t hurt at all, it was like he was just hitting me to stay busy rather than damage me. That’s is why I wasn’t covering up – the punches didn’t hurt and definitely weren’t doing any damage, at least not enough to slow me down, but then he [Steve Mazzagatti] calls the fight? Please, my grandmother hits harder that that. Maybe it looked bad to those at home and to those who have never trained but I had worked back into standing position and was ready to fire back some of my own, so how bad could the punches have really been? Come on, if you would have seen me the next day you’d have hardly thought I was in a fight – I woke up the next day with barely a scratch on my face. Look at some fights I have had in my career, I’ve been in plenty of worse positions and managed to turn the fight around and win.

You know Shogun wasn’t the only one robbed that night. So what If I lost the first round by a small margin, all that meant is there were still two rounds up for grabs, my shoulders were just loosening up at the beginning of the second round – the real fight was just getting started. Look, I don’t want to make this sound like I’m taking anything away from Cain, he’s a great fighter, probably one of the best in the heavy weight division at the moment. I just feel like I’ve been working my entire career to get this shot in the UFC, only to have it taken away from me by an incompetent referee. Losing is one thing but to have such a big opportunity taken from you? I’m disgusted.”