Bas Boon says Alistair is going to f*** up Fedor

Starting today, Alistair Overeem will only be referred to as Ubereem. Any future mentions referring to his former last name will be disregarded, packaged in a UPS parcel and shipped to Ubereem as food for his torso. Dude’s chest looks like it was created by combining the chests of other lesser superheroes. Ubereem’s manager, Bas Boon, talked to MMAWeekly about Alistair’s future in Strikeforce and not only did Boon confirm that he will fight at the beginning of 2010, dude also said that he would [expletive] Fedor:

“Whatever they want, if they want to put Alistair against Fedor, it’s fine, depending on how we can make good terms…Obviously, if it was a build-up, there were the first two fights if (Alistair) would win, and then he would go for a bigger fight and the money would be better, but if Fedor challenges him for the title, (Alistair) still has the title and he wants to defend it, it’s not a problem. Then the fight is on.”

“I can tell you one thing, man, Alistair’s going to be ready. He’s going to [expletive] Fedor up…We’ll be seeing him (in Strikeforce) next year, 100 percent,”

When we interviewed Alistair Ubereem, we asked him who he would rather fight against in the Fedor/Rogers bout and Ubereem said “I do not care, I will defend my title and I will be ready“. After he told us that he wants to bring soccer kicks back to MMA, he wrapped up the interview by wishing everyone world peace. Rawesome. [Source] 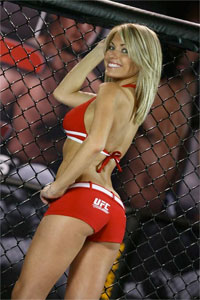