Wonderboy vs. Till? We Are Not Rushing To This Fight Stephen Thompson’s coach

Wonderboy’s father and manager Ray Thompson spoke to MMA Fighting and revealed the karate specialist has two seriously broken thumbs or damaged ligaments stemming from his win over Jorge Masvidal at UFC 217. Stephen is expected to see a doctor on Thursday to determine the extent of his injuries.

“We’ve talked to no one about fighting Darren Till, “Not sure how this is a ‘done deal.’ As for Till, he needs to fight through the murderer’s row at welterweight like ‘Wonderboy’ did to get to the top.

“We want to fight forward. We’ve been calling out Robbie Lawler since before the first Woodley fight and have gotten crickets on it. Why? Why hasn’t anyone talked to us about it? No one from the UFC, no one from Lawler’s camp, no one. ‘Wonderboy’ had one of the most fantastic, exciting fights when he fought Tyron Woodley at UFC 205. That fight stole the show. The second fight was a snoozefest, mostly because Wonderboy chased Woodley around the Octagon for five rounds. We take part of the blame since we didn’t pull the trigger often enough. Since then we feel like we are being moved out of title contention. Not saying that’s the case but it sure looks that way. What happened to the rankings?”

Ray Thompson further said, he hasn’t approached anyone yet about Darren Till’s fight.

“These fighters kill themselves with aspirations of being a bonafide, legit champion and work to get up to the level to do that,” Thompson’s father added. “‘Wonderboy’ is one of those guys. If rankings don’t matter anymore, then get rid of the title belts and match the fights for the fans and the money, but pay them some real money.

“That being said, Till needs to fight his way up just like ‘Wonderboy’ did. When he takes out the Jake Ellenberger, Johny Hendricks’, Robert Whittaker, Rory MacDonalds and so on, we can talk about fighting.”

While there's a March 17 Fight Night card in London, White specified Till would fight in his hometown, Liverpool.

Here was White's quote: "So what you do is, I literally switch my whole schedule. I’m laying [stuff] out here I shouldn’t be talking about.

White later said he has a staff meeting today to hammer out the details of several fights, including @darrentill2 vs. @WonderboyMMA

Pugmire clarified after series of tweets that while White’s original plan was to have Till fight on Feb. 24 in Orlando, now the promotion is hoping to have Darren Till fight in his hometown of Liverpool. As per reports, UFC currently has a Fight Night event booked for March 17 in London, but nothing is finalized or announced at this time.

Till faced Donald Cerrone at UFC Fight Night 118 on October 21 and thrashed Cerrone via TKO in the first round. 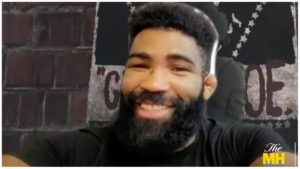 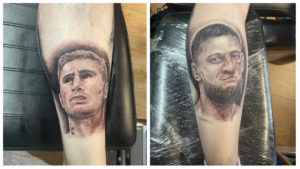 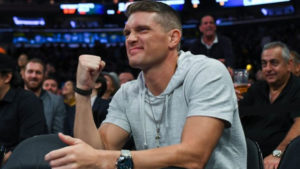