UFC 218 event is set to take place this Saturday night as Max Holloway will look to defend his UFC featherweight title against former champion Jose Aldo in an immediate rematch in the main event from the Little Caesars Arena in Detroit, Michigan.

During today’s early weigh-ins, all the fighters took to the scales for the official weigh-ins. All the UFC 218 fighters made weight, but interestingly the main card fighters both Max “Blessed” Holloway and Jose Aldo required the towel to make the 145-pound limit.

An arched over Aldo weighed 146 on his first attempt but made it down to 145 pounds when the towel came out.

Max Holloway didn’t look much better on the scale, as Justin Gaethje helped hold the towel when he made it on at 145. Lightweight contender Gaethje and another person helping to hold the towel made an error of holding the towel in front of the scale and quickly raised it to place it in the right position. Max was covering himself up as it happened and officials recorded his weight at 145 pounds. 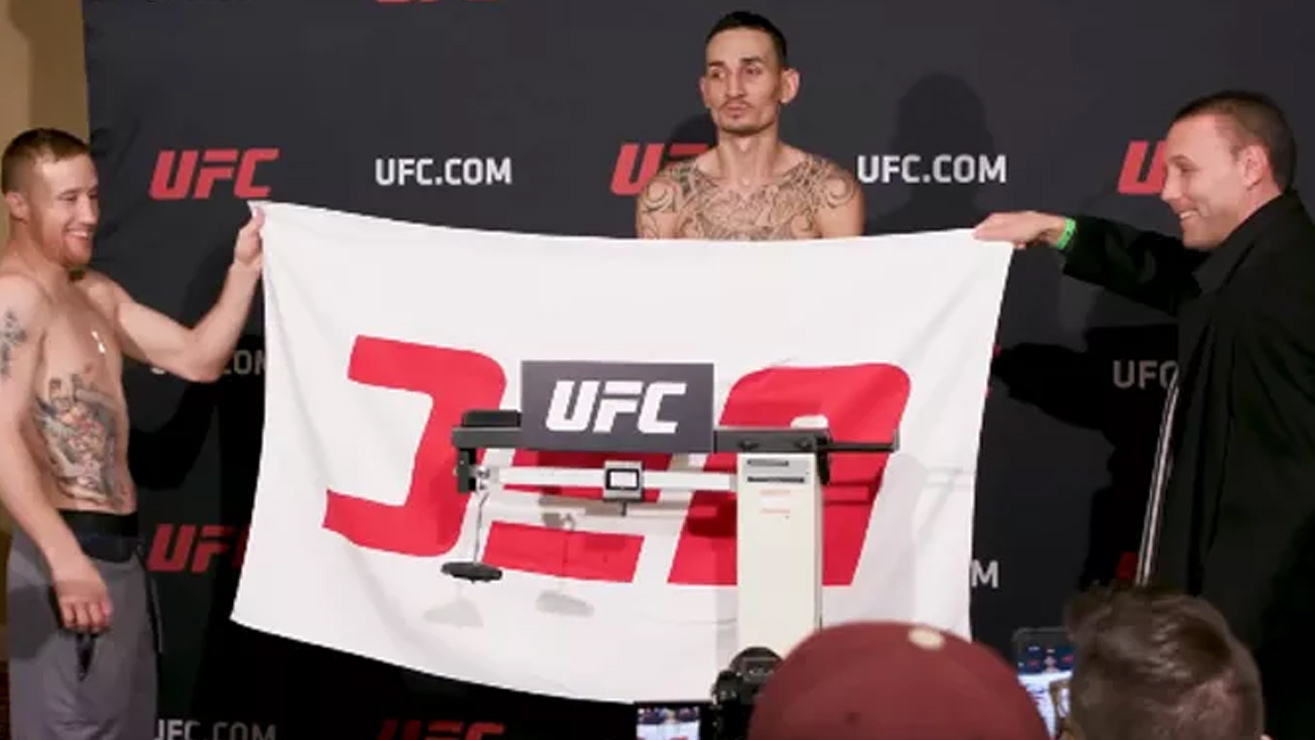 Holloway who beat the Jose Aldo in their last competition via TKO in the third round at UFC 212 in June.