Future UFC Superstars to Watch in 2019

As the old saying goes, MMA is a young person game. While experience and in-ring time can even the odds of a matchup in the UFC, it’s hard to stop a younger, fresher, polished fighter.

The fighters of today have the capability of being able to train in all aspects of MMA daily. Long gone are the days when a fighter would have to train at multiple gyms each day for their striking, grappling, and conditioning.

Young fighters also now have an extensive database of fight footage to study, due to the combatants who have paved the way before them. With a full understanding of what is needed to win an MMA fight, these well-rounded fighters are well prepared for battle.

Don’t expect to see names like Israel Adesanya, Henry Cejudo, or Valentina Shevchenko on this list as these athletes have already newly risen to superstardom.

With that being said, here are the top talents young in their UFC career with the potential to break out into superstardom.

A post shared by Maycee "The Future" Barber (@mayceebarber)

Maycee Barber may be the most massively promoted athlete the UFC with professional-level experience. At just 21 years of age, Barber has stated numerous times that she wants to be the youngest champion in UFC history.

Her internal belief in her own chameleon skillset sometimes pushes fans away and can be analyzed as cockiness. Her bout with JJ Aldrich showed that it’s important for Maycee to learn when to pick her shots. It also proved that Barber is tough enough to take one. Although early, Barber is sitting on an undefeated record of 3-0.

If Maycee can learn to be patient and calculated in her next upcoming bouts, “The Future” might be closer than it seems.

Known for her fire engine red hair, Gillian Robertson quietly has become one of MMA’s best-kept secrets. At 24 years of age, Gillian already has the most wins in the UFC Women’s Flyweight division as well as the most wins by stoppage.

Those are impressive statistics when factoring in that the division includes Valentina Shevchenko. Robertson has shown her ability to wrestle at a high level and dominate opponents on the ground.

The addition of the flyweight weight class has allowed talent like Gillian to shine. And now, she is potentially on her way to a three-fight win streak. With Gillian’s skillset, expect to see her featured in a title shot before 2020 closes.

Song Yadong’s arrival on the MMA scene came perfectly timed. The UFC has been searching for young Chinese stars ever since the brand decided to expand to the territory. Yadong has been exactly that, exciting.

Song debuted in the UFC winning the performance of the night bonus in his home country. Yadong has won all 4 of his UFC fights thus far, gaining a performance bonus in three of them. He also happens to be riding a 7 fight win streak dating all the way back to 2016. If allowed the proper time to steadily grow, Song could be the Asian star that the UFC is looking for.

His striking and quickness are undeniable but fans are anxious to see how he holds up against a stacked bantamweight division that features top-level wrestlers.

Welcome to the sugar show! A line that will forever be remembered as the moment Sean O’Malley made his name under the Zuffa banner. No fan will ever forget the performance displayed against Alfred Khahyakyan. It even made UFC president Dana White say “WOW”

O’Malley has a unique body frame for the bantamweight division accompanied by a rare blend of speed and technique. His ever-evolving thirst for knowledge of the game paired with his quick adaptability to learn new methods makes O’Mally a very dangerous contender.

Injuries and USADA have been the only things keeping O’Mally back, but when those issues clear up, expect a quick rise to the top.

Edmen Shahbazyan entered the UFC with an undefeated record of 6 wins and 0 losses. Today, Shahbazyan is 10-0 with all but 1 of his victories coming via finish in the first round. Edmen displays world-class speed and power that many neglect due to his frame.

At first glance, many people don’t realize that Edmen is a middleweight. Besides that, Edmen’s technical striking and crisphead movement make him a threat to all contenders in the 185lb division.

Shahbazyan also doesn’t waste time in calling out top opponents. Although only active for 3 years, Edmen’s journey to UFC gold seems like it could happen within the next 2-3 years. His speedy, reactionary, powerful skillset has so far shown no glaring flaws in his game. Safe to say, Edmen is next in line as one of the UFC’s brightest young stars.

Aspen Ladd has all the tools a fighter needs to become a household name. Ladd possesses freakish power and timing for a 24-year old that is going to be a major issue for women she faces in the future.

She also has a relentless approach to MMA that is patient, yet full of devastating volume. Shaping a fighter to seek out a finish is something that a trainer can’t teach. For Ladd however, it’s ingrained in her DNA. 5 of her 8 career wins all have come via KO/TKO. Ladd’s only glaring issue is with the scales.

With the help of the UFC PI, Ladd should have no problem adjusting her lifestyle to be able to make the bantamweight limit more comfortably. Once that happens, Aspen will be a nightmare that haunts her competitors for years to come.

For Strawweight contender Tatiana Suarez, there’s been no looking back ever since winning The Ultimate  Fighter 23. Following the show, Tatiana has gone on to win every single fight in front of her earning and 8-0 professional record.

Fans also love Tatiana Suarez. After her fight against Carla Esparza at UFC 228, fans were already calling for Tatiana as the uncrowned champion of the strawweight division.

Her ability to chain wrestle and push the pace seems to be too much for her opponents who eventually break under pressure. Not only does Suarez have perfect wrestling for MMA, but she also believes in it.

There’s a scenario where Suarez could be champion within her next two fights… and honestly, that’s more than likely what will happen.

Zabit may have an unusual appearance for a fighter of his caliber but don’t let the look fool you. Magomedsharipov is one of the most technically seasoned MMA fighters on the entire planet. His ability to perform at a high level in every single facet of the game makes him one of the most dangerous featherweights the UFC has ever seen.

Opponents can never guess the approach that Zabit will bring to the cage. At times, he presses the action. At other moments, he counters and looks for takedowns. Expect a lot of speed and flashy techniques that aren’t just for show.. they usually land with a purpose.

Zabit also greatly benefits from residing in Dagestan, Russia which has heavy ties to UFC lightweight champion Khabib Nurmagomedov. Khabib is one of the biggest stars in mixed martial arts today, and as long as Zabit keeps performing at a high level, he could take the torch Khabib passes him once Nurmagomedov decides to retire, which is apparently sooner than we think.

“The Eraser” Paulo Costa is another potential star who has arrived just at the right time. Not only is Costa one of the most feared men in the Middleweight division due to his ability to exchange in the pocket with precision and power, but he also has all of Brazil behind him.

Costa truly arrived onto the scene after defeating of Oluwale Bamgbose at UFC 212. Paulo is also undefeated in the UFC with a 13-0 record which includes wins over Yoel Romero, Uriah Hall, and Johny Hendricks.

The old guard of Brazilian superstars is slowly phasing out of the UFC due to their age.  Fighters like Anderson Silva, Jose Aldo, and Cris Cyborg are all either at the tail end of their careers or no longer in the promotion.

Brazil is one of the UFC’s largest markets, so the success of Costa could easily make him the next headliner of international shows for years to come. Plus, the performance he put on against Romero should land him a title shot within his next two fights.

Not too many MMA athletes can say they’ve accomplished what Zhang Weili has already achieved. More impressively, Weili has achieved it all in one years time.

Zhang has already captured a world title and headlined a UFC event in her home country with just 4 UFC victories under her belt. Not only is Zhang’s fighting ability undoubtedly one of the most diverse styles the division has ever seen, but she also brings an entire nation with her.

Zhang beat long-time title contender Jessica Andrade in just 42 seconds. Oh, and the performance happened in front of over ten thousand fans to come see Zhang as the headliner of the event.

It’s no secret that the UFC is expanding into China. Recently, the UFC opened the UFC Performance Institute Shanghai, the world’s largest, state-of-the-art MMA training and development facility.  Zhang defeated Andrade on the card was the only the third that the UFC has had in mainland China.

Zhang has peaked just in time during the expansion to a marketplace with over 1.4 billion consumers. The UFC will certainly take advantage of that.

Let us know what you think in the comment section below. Who did we miss out on? Sound off. 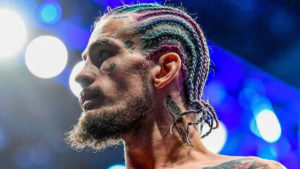 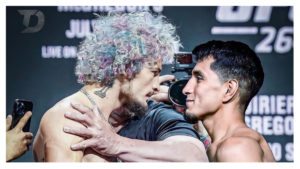 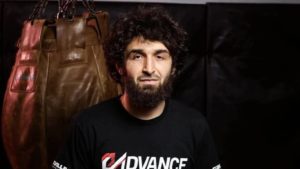 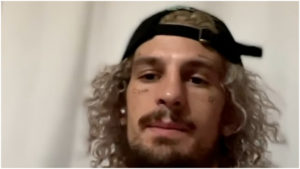 Sean O’Malley Re-Signs With The UFC, Wants To Make “$1 Million A Fight” Ahead