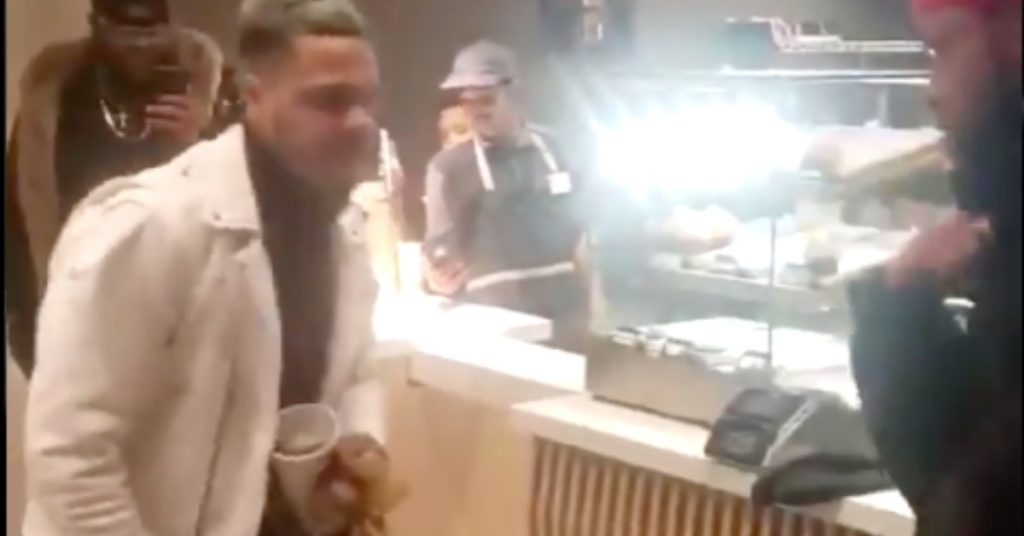 Man Doesn’t Spill Tea At All During Fight

Street fights and knockouts going viral are a common occurrence on social media. But how about a civilian doing it one-handed?

Recent footage showed a man in a white jacket talking trash to another man wearing a red bandana at a fast food restaurant. The white jacketed man was notably holding his tea and food in his left hand and didn’t put it down either as he went and engaged his foe using just his right hand.

He dropped the red bandana man twice and was talking trash to him while doing so, mentioning Mike Tyson’s name as well. The red bandana man kept swinging and missing wildly before he was ultimately knocked out cold with what appeared to be an uppercut.

The white jacketed man then waved goodbye to him before casually leaving the place. To make things even sweeter, his tea didn’t spill at all.

You can watch the fight below:

Is this one of the more crazier fights you’ve seen?

Dana White Reacts To Khabib Nurmagomedov's Comments About Conor Mcgregor Handpick All Of His Opponents
Read Next Post →
Click here to cancel reply.